Happy Tuesday! This week we are talking about a type of paint that doesn’t often get a lot of attention– gouache! Pronounced “gwosh,” this type of paint is an opaque, water-soluble medium that has some of the qualities of both watercolor and oil, and in the case of acrylic gouache, even acrylic! The name is a French word derived from “gouazz,” which is an old Italian term meaning “mud.” Although it was not referred to as “gouache” until the 18th century, gouache paints originated long ago, as a derivative of watercolors. In order to make watercolors more opaque and therefore easier to layer and use as a highlight, they were mixed with an opaque white pigment.

Opaque watermedia is a very old medium, and can be seen in examples as early as 9th century Persian miniatures. (Later, Italian artists would attempt to achieve the same look by layering oil paints over tempera paints, giving it a matte (or “muddy”) finish.) In the 18th century, as it became more popular, French artists mainly used gouache to add highlights over their pastel work, but the use has expanded over time and many artists today paint entire artworks in gouache. It is a unique medium in that, though water-soluble like watercolors, it gives the artist an option to layer light colors over dark because of the matte opacity. An artist must use gouache very carefully to avoid a very flat and muddy effect, but those who have mastered the medium have created some incredible works with it! Modern gouache options now include acrylic gouache, which, because it is made with an acrylic-based binder, dries to a more water-resistant surface despite the water solubility of the wet medium. Let’s take a look at some examples of paintings either partially or fully created with gouache throughout history!

Gouache is not something we often get here at Principle Gallery, but just recently we’ve gotten a few pieces created with watermedia, including gouache! Here are a couple of examples from Mark Kelvin Horton, who recently sent us a great series of small landscapes on paper, in a variety of media. Here are two that use gouache! 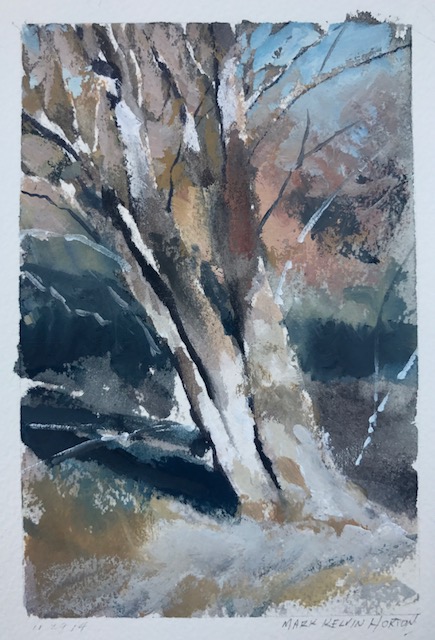 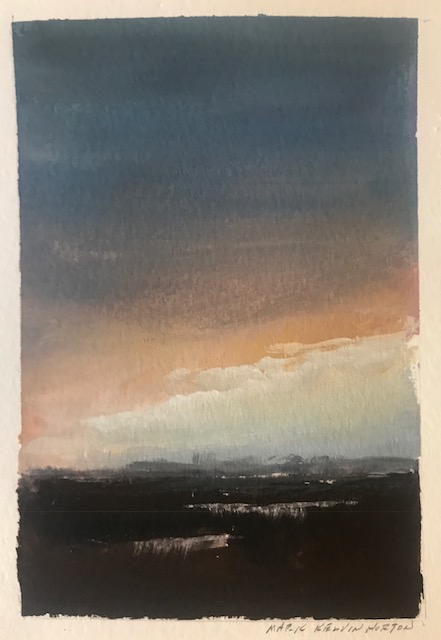 Ben Barker is another artist that we work with who enjoys the challenge of using gouache from time to time! Though all of the other artworks from Ben that we’ve shown so far have been in oil, here’s a very cool landscape of Rock Creek Park, painted in gouache!

We are always getting in new works from our widely varied roster of artists, so be sure you’re on our e-mailing list if you’d like to get a first-peek at new art when it arrives! To be added to the mailing list, just shoot us an email at info@principlegallery.com!