You may have noticed that many artists produce multiple works of the same composition and subject. Of course, this redundancy is not by accident! Artists create works of similar nature to practice and improve upon a subject as well as to illustrate how individual pieces can be combined to make a whole. Each of these examples contribute to the various definitions of a series or serial works.

As mentioned above, a series can mean different things in the art world. One definition refers to a theme that an artist consistently integrates into his/her work over a period of time. For example, an artist paints a certain number of pieces with the notable inclusion of a blue bird, ultimately becoming said artist’s “Blue Bird Series.” This is beneficial for the artist, for it offers an opportunity for him to perfect his practice and establishes a distinguishable artistic feature associated to only himself.

Another form of serial works is the assembly of multiple, individual pieces to create a whole masterpiece. Though they are individual pieces, in order for the work to be considered serial, there must be a similar aspect between each piece, such as shape or theme. Often times, the similarities between these different units contribute to achieving gestalt. Gestalt is a German philosophy where the conglomeration of individual parts accomplish a sense of totality, completeness, or one-ness. There is also a supplemental notion that implies that an individual piece is a work within itself; however, without that specific work, the greater/larger piece could not be achieved or be as successful. Essentially, there can be works within a work.

The first artist to come to mind when discussing series is Claude Monet. Though famous for his Impressionist style, Monet was arguably recognized by his serial paintings of the Rouen Cathedral and haystacks, documenting light’s intensity and varying color shifts upon these objects. By aligning these separate pieces together, it is evident that Monet was trying to demonstrate the effect of light upon color throughout the day and capture the transition of time through light. But, as soon as one piece is presented by itself, this effect is lost and merely represents an Impressionistic image of a cathedral.

Since Monet, countless artists have been inspired to incorporate serial aspects into their works in modern, contemporary ways. Jan Dibbets’ work, for example, exemplifies a series directly inspired by Monet. His photographic series, “Tides,” illustrates the approaching tide upon a tire’s track through time. Very similar to Monet, Dibbets attempts to display the transition of time through a number of individual parts. Again, without one piece, the concept of time could not be accomplished or translated well.

As time passed, artists began to refer back to the idea of the gestalt and heavily rely upon it. During the Minimalist movement in the late 1960’s, artists, like Donald Judd and Dan Flavin, produced serial light installations that incorporated gestalt. Typically, they would create separate, geometric light fixtures that laid in linear paths, ultimately alluding to a connected, completed work. They used the core concepts of minimalism to demonstrate the basic idea of gestalt.

A Principle Gallery artist who utilizes the thematic, serial concept is G.C. Myers. Mostly known for his red trees and chairs situated in vibrant, desolate landscapes, Gary has also delved into painting a series concerned with archaeology. Though the “Archaeology Series” still depicts his distinct red trees, these works mainly reflect an archaeological theme and thus categorizes them into a series. 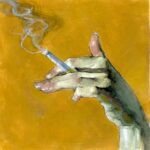 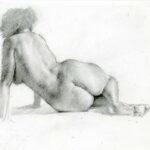 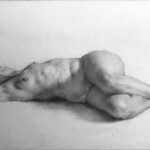 Other artists who produce series are Lynn Boggess and Jeff Erickson, though their intentions are more relatable to our second definition of series. To begin with, Lynn Boggess parallels Monet’s ideas of capturing a transition. In each plein air piece, Boggess paints a landscape during a certain season and titles the work based upon the date it was completed. Therefore, the artist’s whole oeuvre is a display of seasonal changes through the compilation of sequential nature scenes. As for Jeff Erickson‘s work, his art relates more so to the notion of gestalt. “Wetlands,” in particular, is a three panel piece that is intended to be displayed as one whole. Commonly known as a triptych, this composition style along with diptychs (two panels) demonstrates gestalt’s “parts to a whole” and “all or nothing” concepts.