When the Potomac River’s tide engulfed most of modern day Union Street in the 1790’s, George Gilpin built and owned the building where Principle Gallery currently resides. Having sliced into the nearby cliff, Gilpin used the surrounding clay and stone for the foundation of the 208 King Street location. He would then use this building as a place for daily living and business matters. 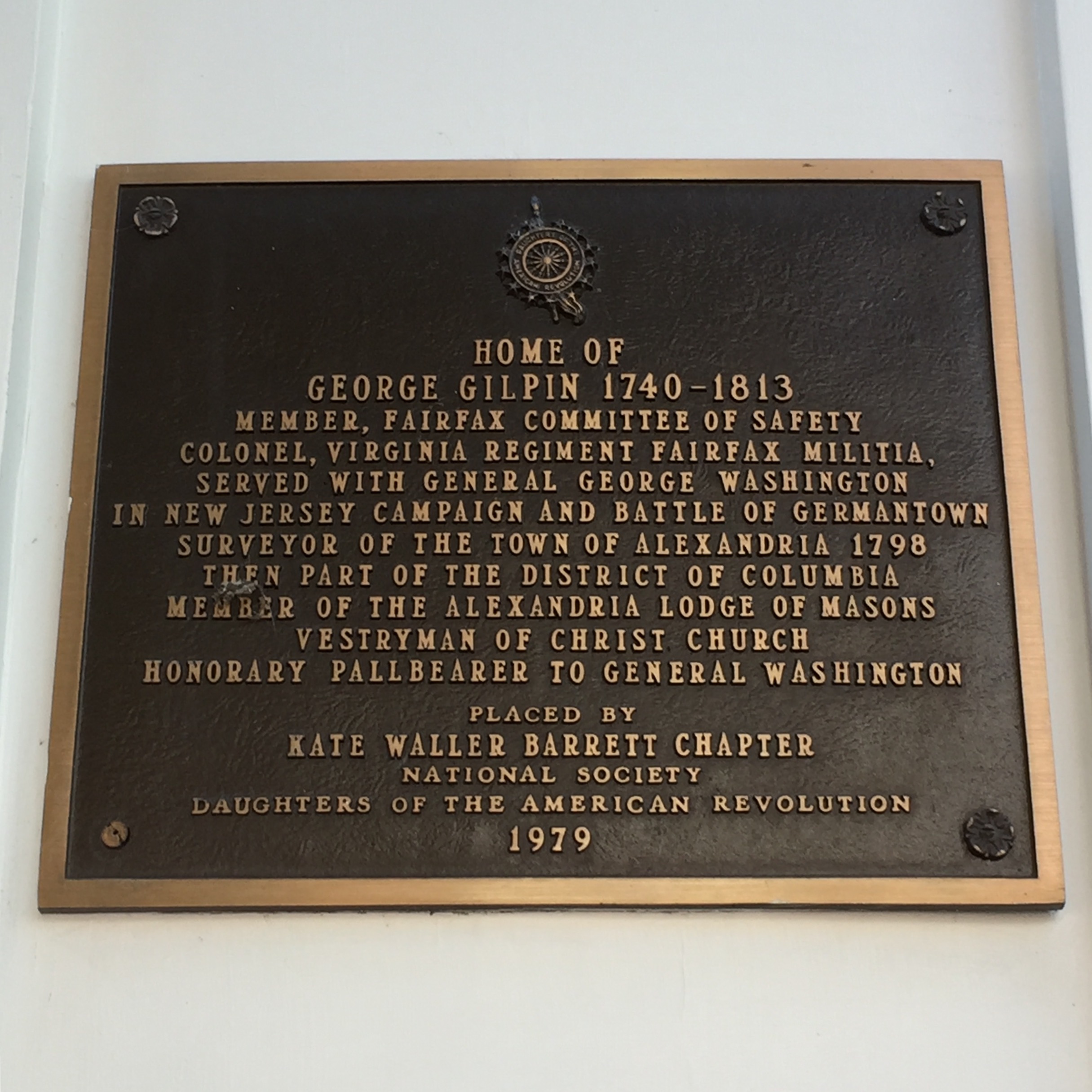 Apart from being an innovative engineer, Gilpin was also a man of many hats. He was the collector of customs, a member of the Fairfax Committee of Safety, a soldier in the Revolutionary troops with George Washington, and the husband of Martha Washington’s cousin. His connections to leading officials, through business and marriage, elevated his importance within the Alexandrian community to the point where he was later promoted to the town surveyor. In such a position, he was responsible for producing a contemporary map of Alexandria’s shoreline as well as cutting down the bluffs and the grading that eventually provided the landfill off of Lee Street.

While at the 208 King Street address, Gilpin would conduct business concerning the future of Alexandria in the back rooms that still remain to this day. It has also been said that Gilpin would help sell products from George Washington’s Mount Vernon distillery in the building as well.

In more modern times, the King Street location was previously the Gilpin Book Store where many Alexandrians spent their time perusing books and newspapers. After 20 years of business, Gilpin Book Store closed its doors, allowing for Principle Gallery to move from its Cameron Street site onto King Street. To learn more about Principle Gallery’s history and previous location, click this link!

Though little is known about the preceding owners, the Gilpin House still retains its architectural qualities and historic character from when George had first built it. Principle Gallery welcomes you to explore the fascinating history behind the building and, of course, see some beautiful artwork as well!