Paul Beebe was born in 1965 in New Haven, Connecticut. He is a graduate of Southern Connecticut State University, with a degree in Graphic Design. He currently resides in Bloomfield, Connecticut, with his wife and fellow artist Christine and their sons Jack and Nicholas.

Paul has been painting since age 15, but found himself drawn to marine subjects after his first visit to the island of Martha’s Vineyard 28 years ago. He became inspired by its rich maritime history as well as the beautiful effects of light and atmosphere that are found near the ocean.

Starting with a preliminary value sketch, Paul develops his paintings using multiple layers of color from a limited palette. His finished Paintings are highly expressive works that often feature the luminous skies and muted colors that define his subject in different atmospheric conditions. He enjoys studio painting as well as plein air.

Paul is a signature member of the American Society of Marine Artists. He is a member of the Martha’s Vineyard Art Association as well as the Salmungundi Art Club. He has had work accepted in the last 8 International Marine Art Exhibitions at The Maritime Gallery at Mystic Seaport, where he won an “Award of Excellence” Twice, as well as the “Rudolph J Schaefer III Emerging Artist award”. He has been featured in the ASMA journal, he was also featured in Martha’s Vineyard Magazine. 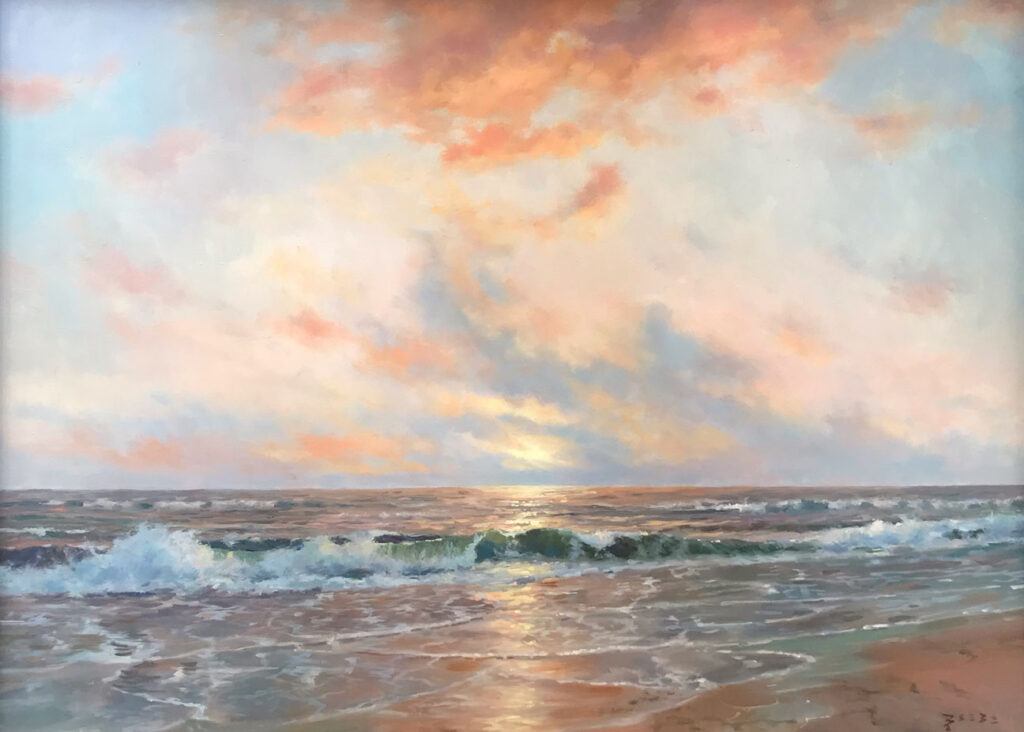 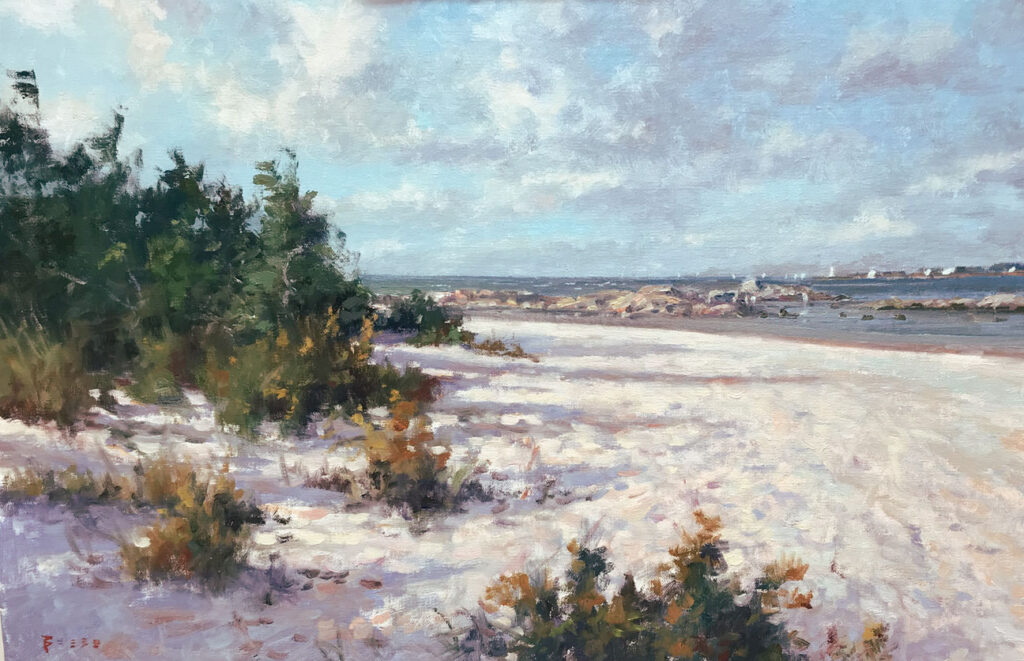 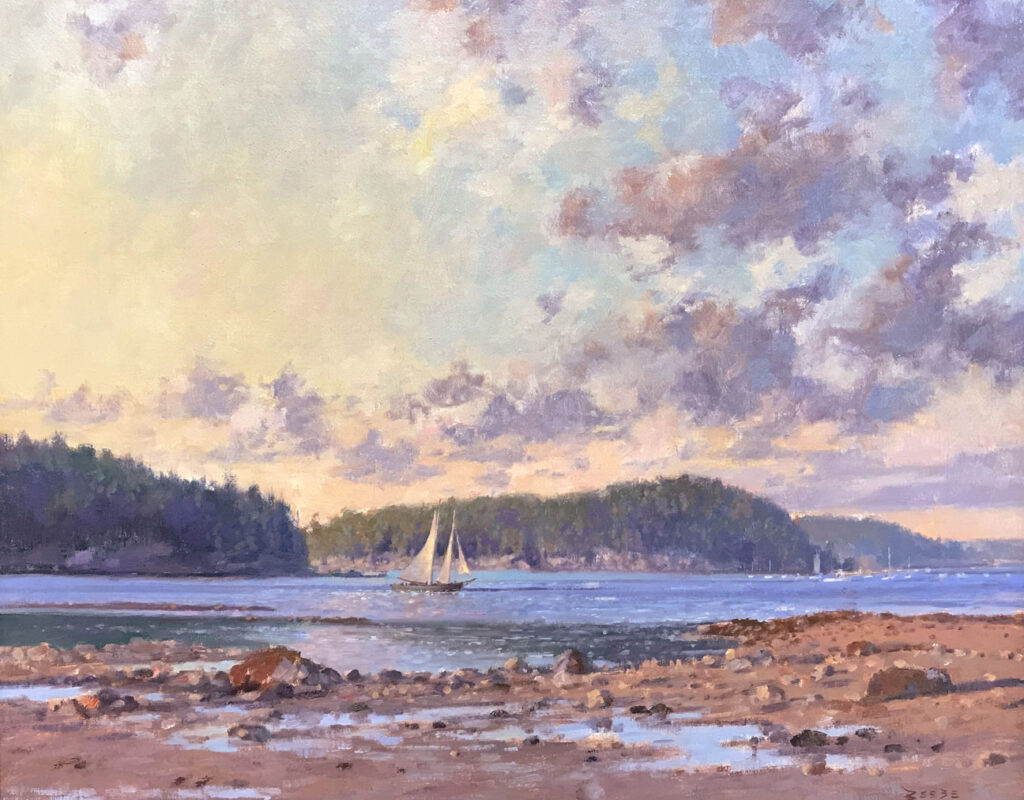 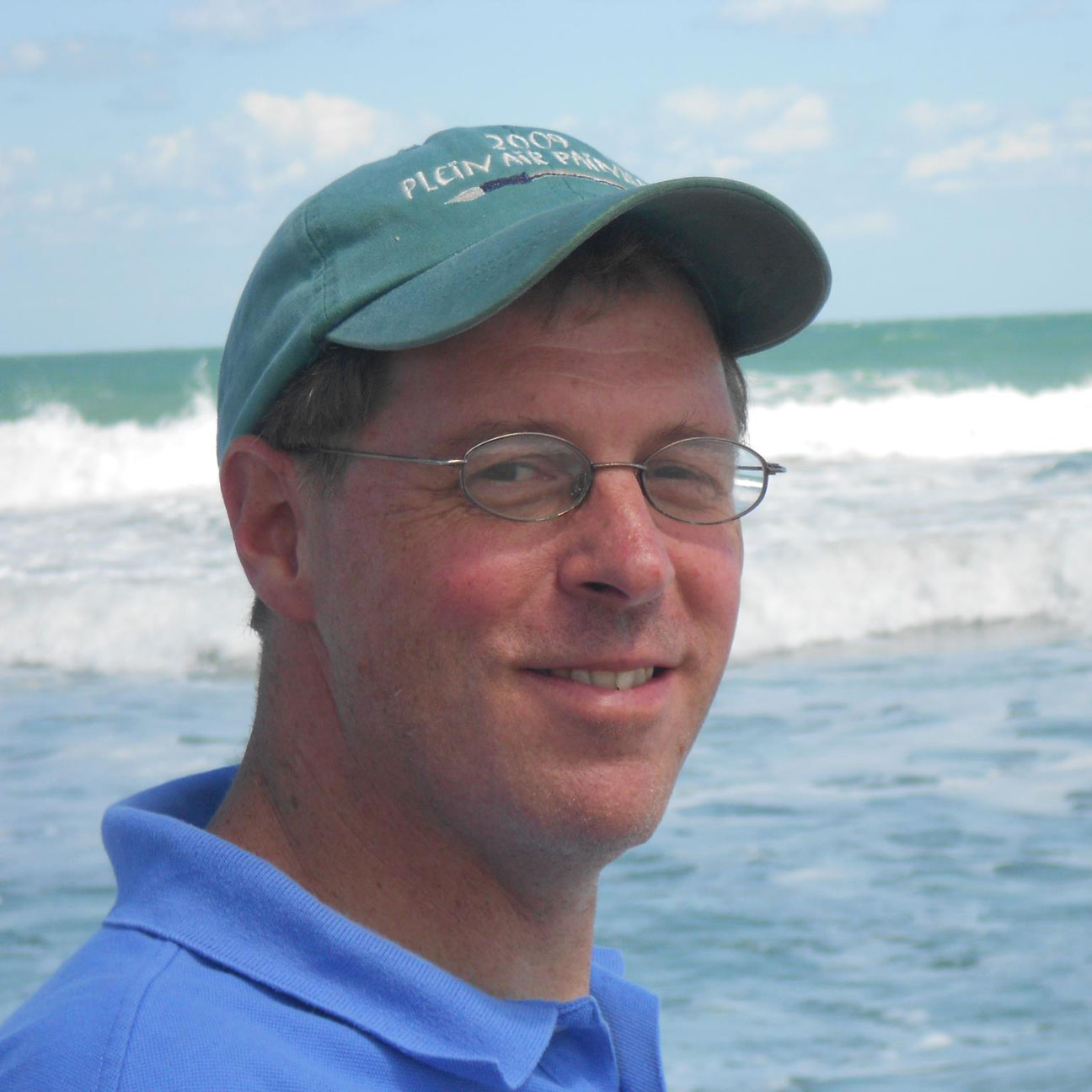