Nate Ross studied animation at the Academy of Art University and currently works for Tippett Studio, an animation and media production company based in Berkeley, CA. Ross’ background is in film visual effects, working on projects such as The Last Jedi. Fine art and painting have always been highly regarded by Ross; and it was in a painting class in college that he met his now wife and fellow Principle Gallery artist, Lindsey Kustusch.

Alongside his career as an animator, Ross has spent the last seven years developing his skills as a painter and devoting his off time to his passion for fine art. His primary subject matter is cityscapes, he takes an intimate approach to this subject. He prefers looking closely at the smaller things like little side streets and alleyways. “I try to hone in on those scenes that are the sort of calm within the chaos,” says Ross. 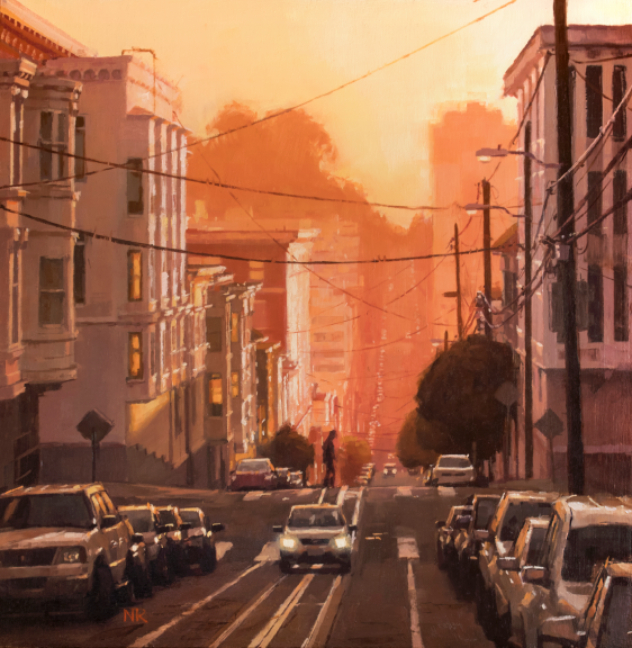 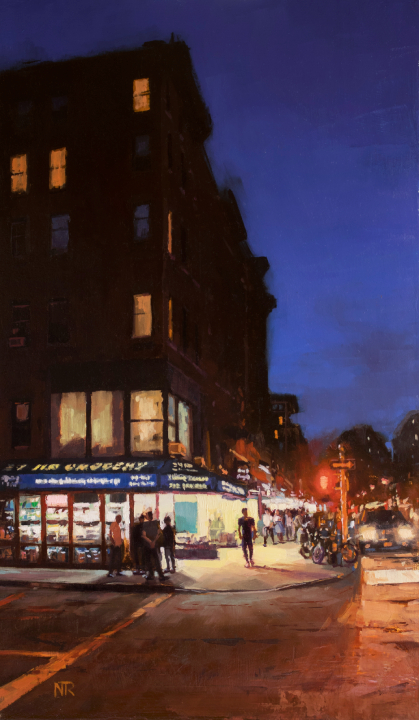 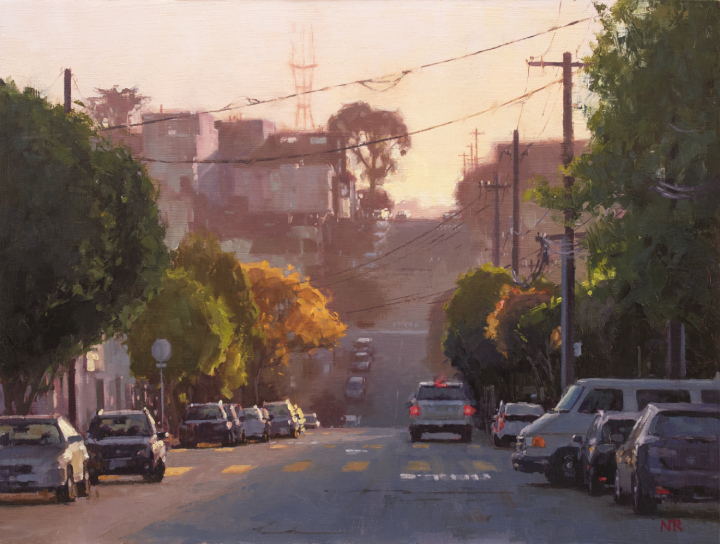 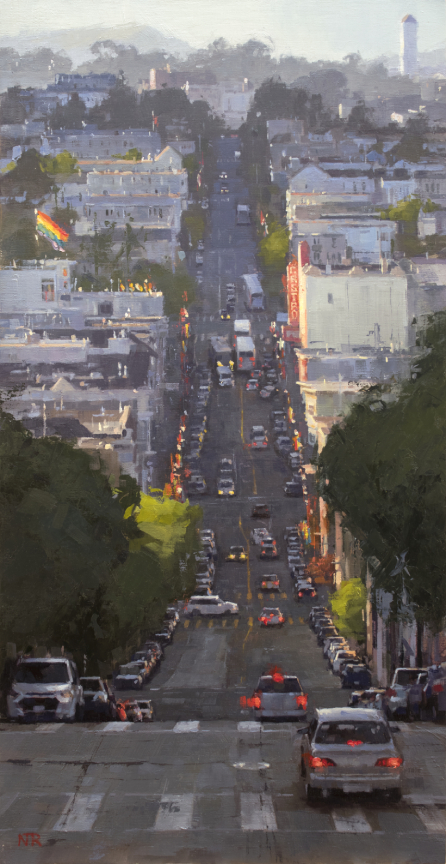 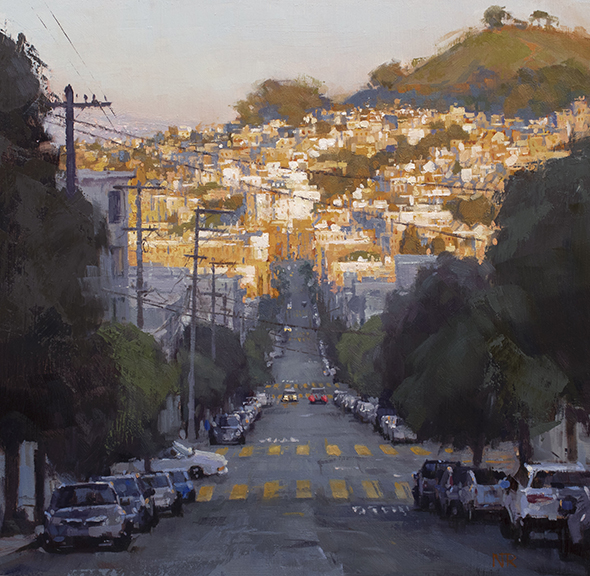 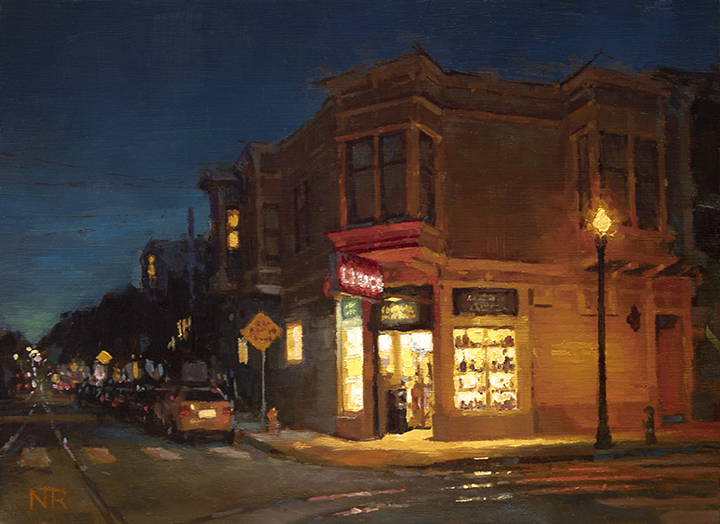 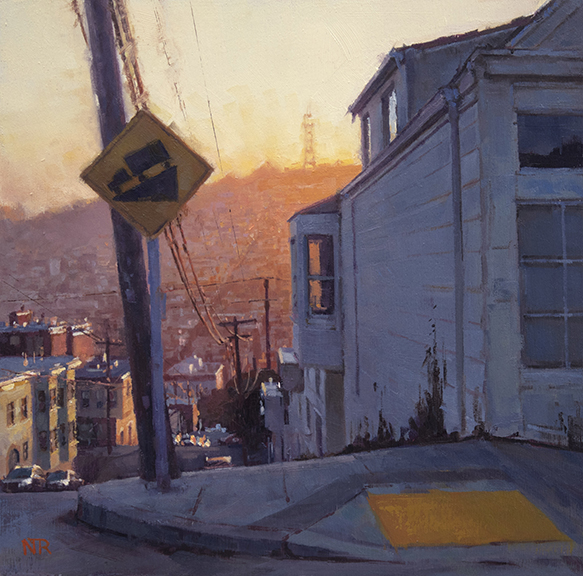 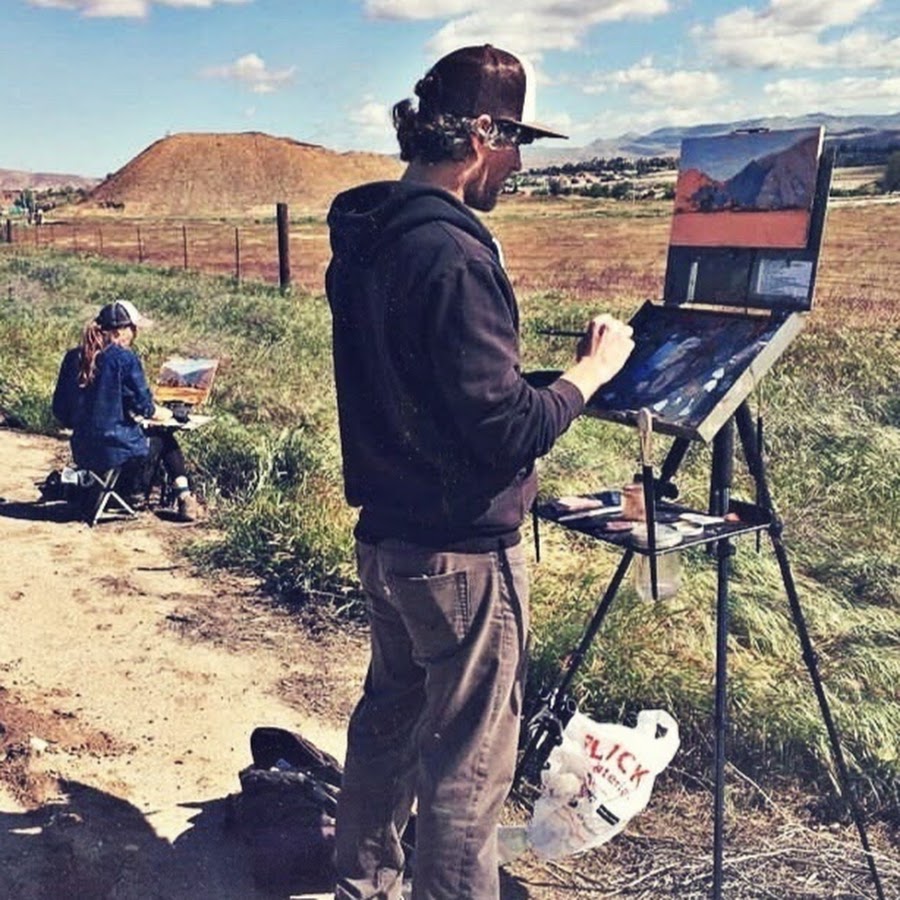