Lynn Boggess is a plein air landscape painter, who grew up on a farm near Parkersburg, West Virginia. Growing up in such a rural area allowed Boggess to roam creek beds and hillsides. He received a BA in Art Education from Fairmont State College in 1978 and an MFA in Painting from Cranbrook Academy of Art in 1980. From 1990 until 2007 Boggess was a Professor of Art at Fairmont State College. He spent years exploring phenomenology and metaphysics in art. Between the years of 1979 until 2000 the artist experimented with a variety of styles, from minimalist abstraction to postmodern-layered imagery. However, one day in the year 2000, during a break from the studio, Boggess decided to go outside to create some nature studies. He picked up a cement trowel on a whim, which then led to an entire summer of artistic exercises. His goal that summer was to create 100 small paintings to see where his new process would take him. Once those 100 paintings were complete, what began as a diversion became an obsession.

Click here to read our interview with Lynn Boggess! 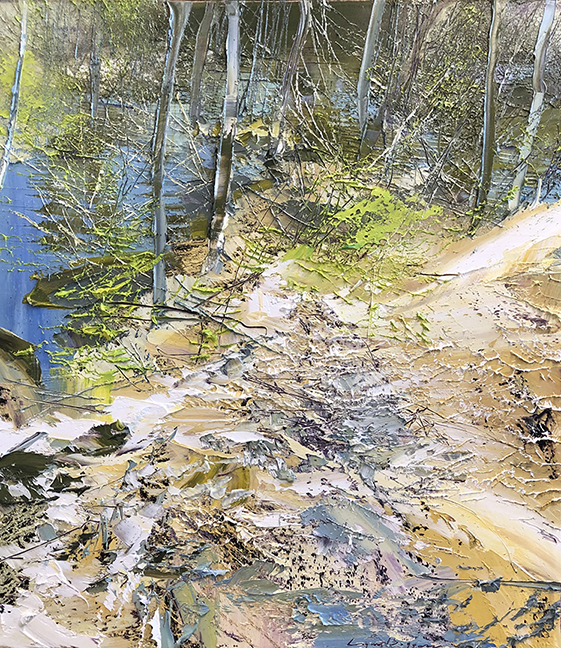 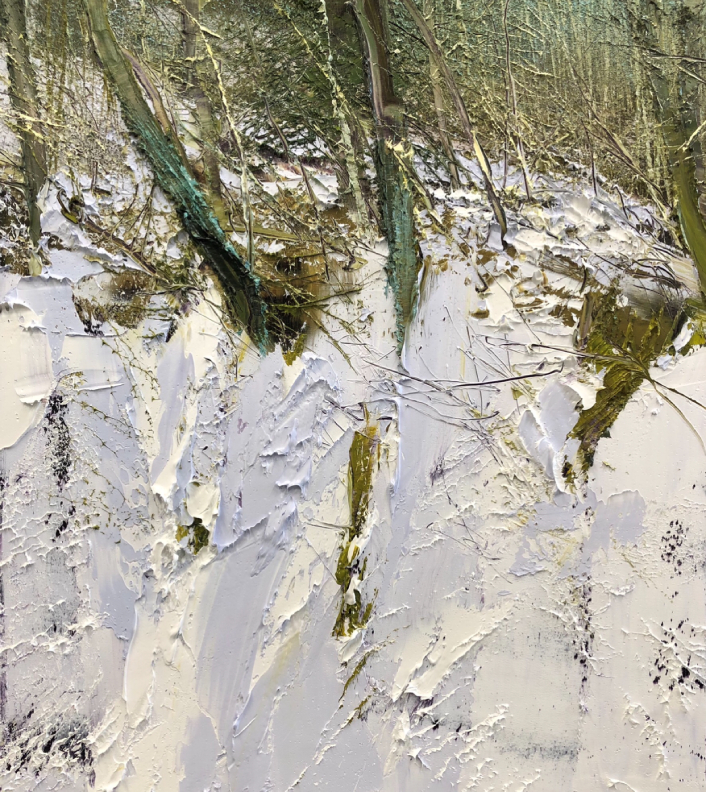 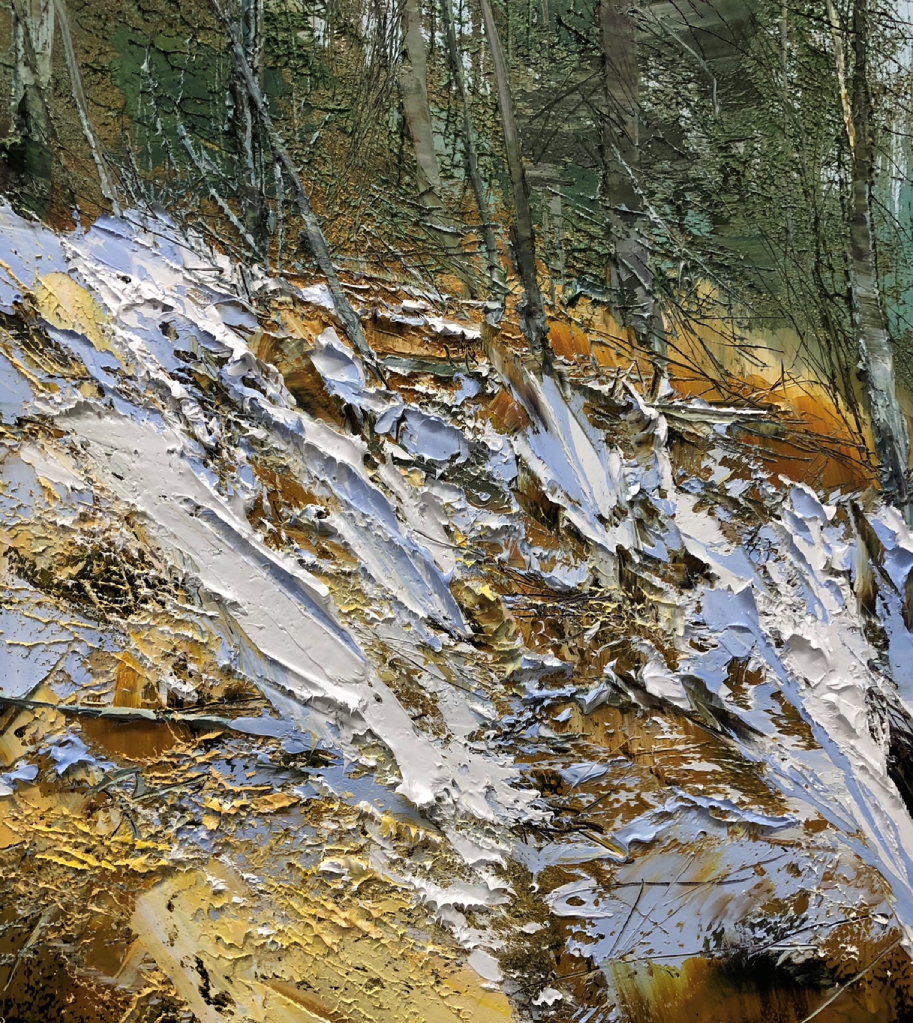 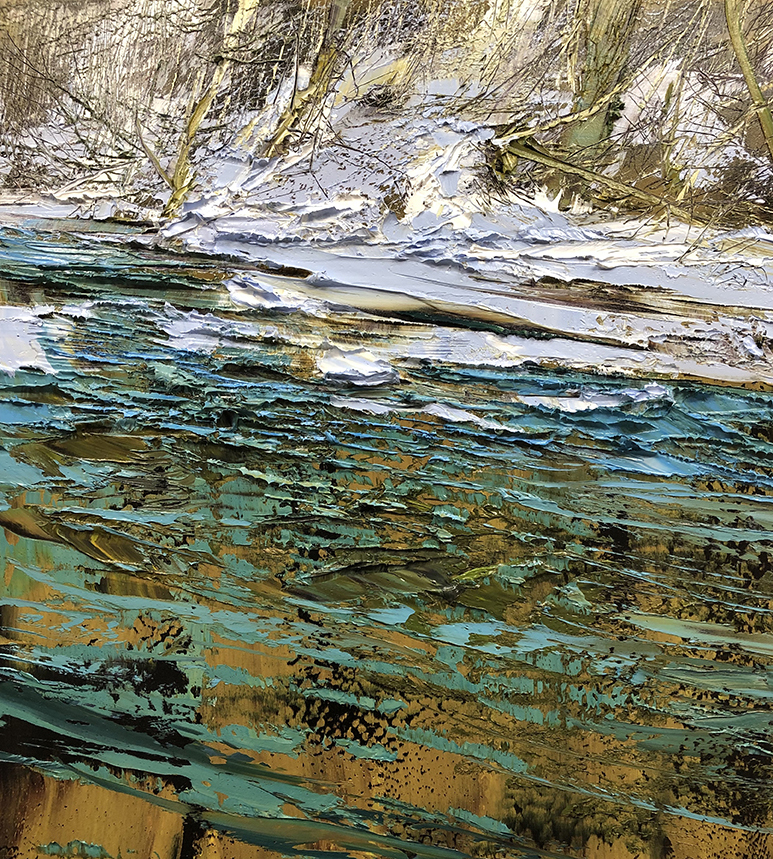 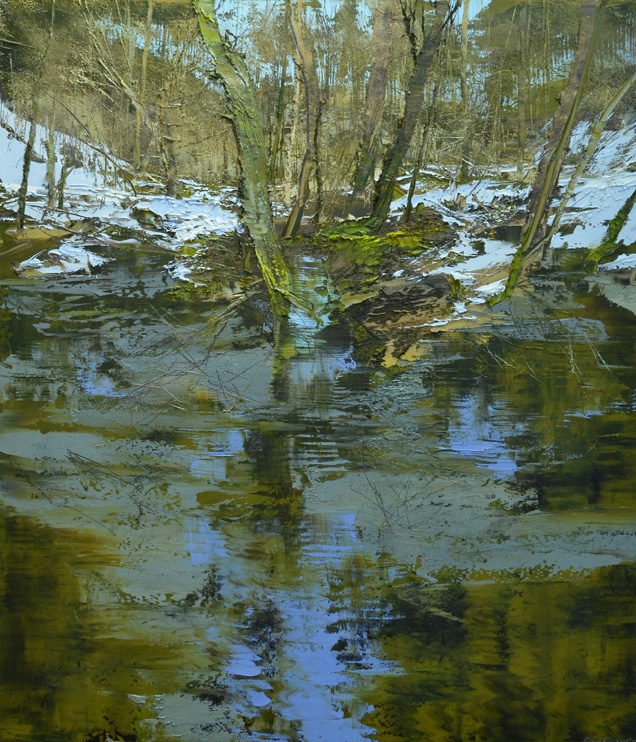 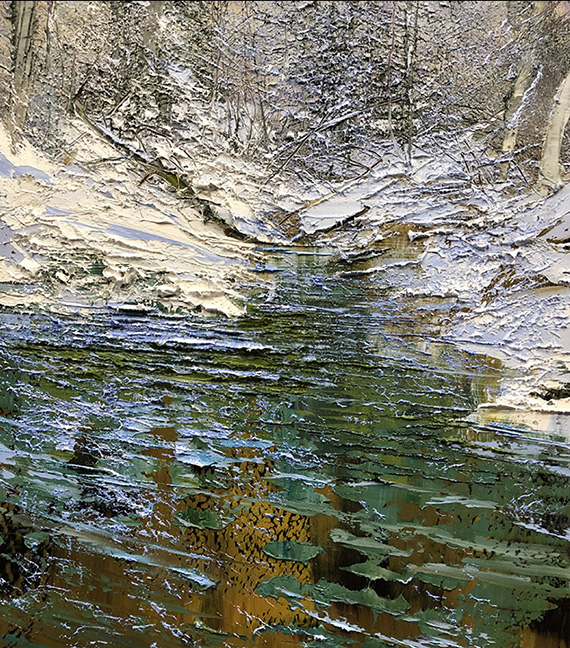 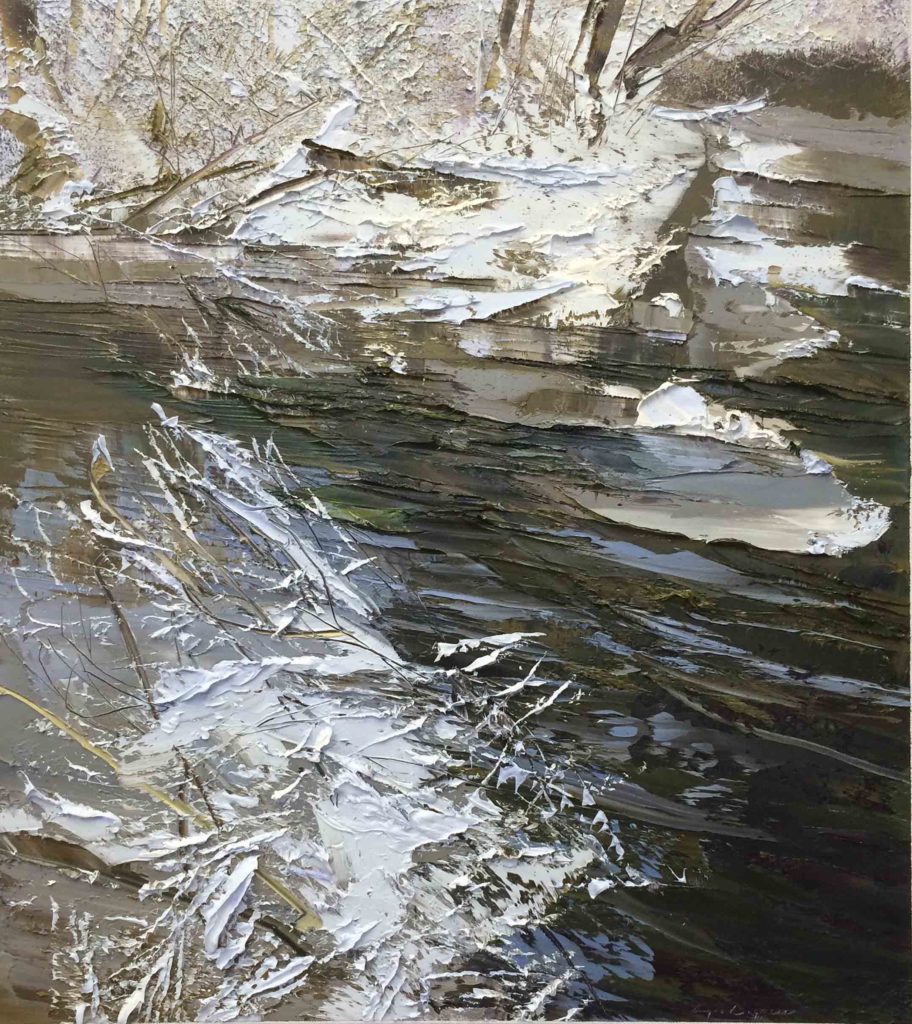 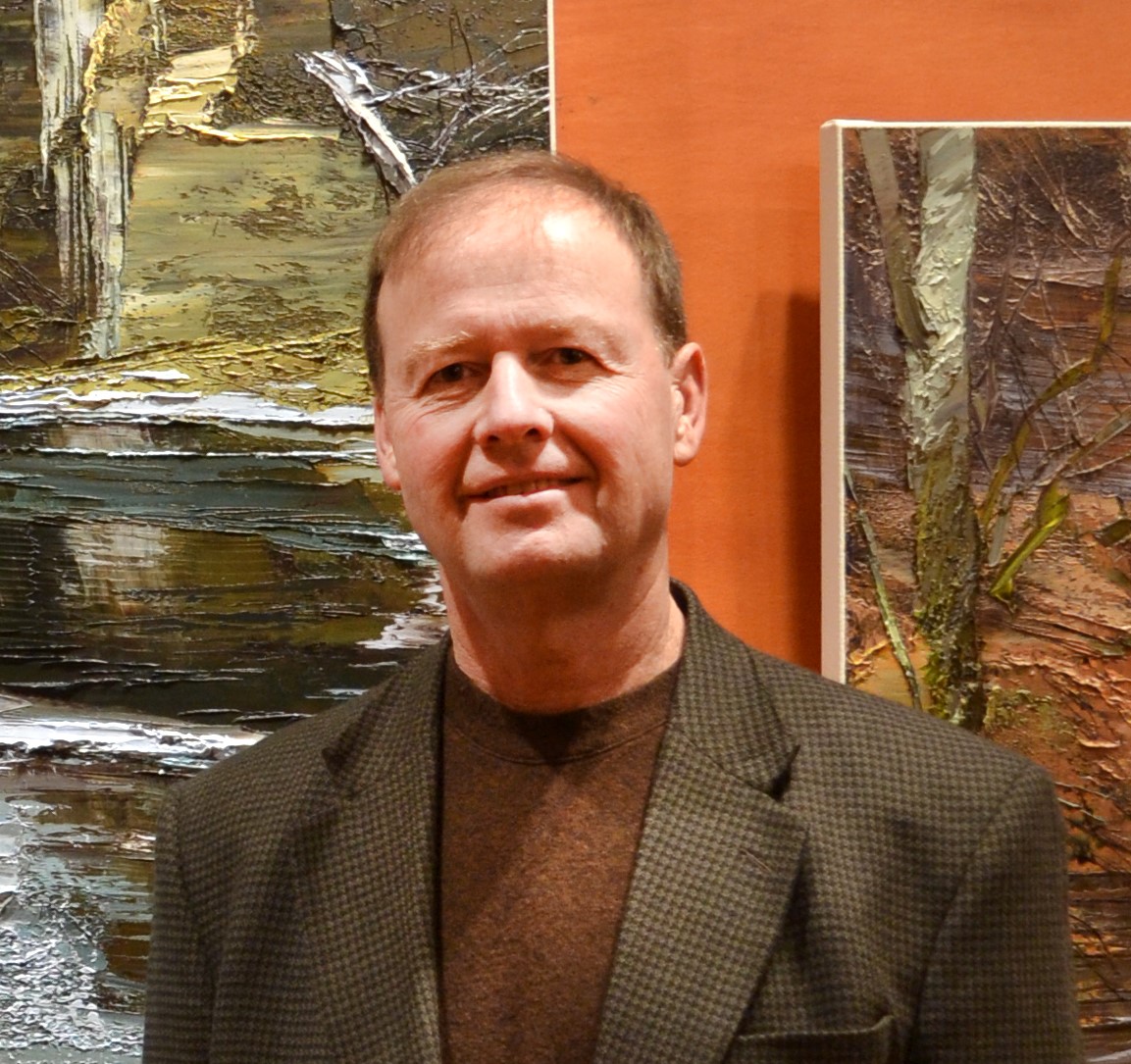