Russell is a realist artist well known for his sumptuous still-life paintings. Most recently he has included portraits of North American birds to his oeuvre. Bird study is not new to the artist; in fact he first fell in love with drawing as a youth while copying the work of John James Audubon. With a desire to to learn more about his native fowl he would often take to the woods looking for birds to render directly from life. As an adult, observing birds has allowed him to return to nature. He finds it refreshing and invigorating to leave the “controlled environment” of the studio in search of subject matter. Living and working in rural upstate New York provides the ideal place to observe, to be inspired by and then to render these avian paintings.
Gordon completed a rigorous atelier program at the Schuler School of Fine Arts in Baltimore, Maryland and, subsequently, furthered his academic art education for three years as an apprentice to Will Wilson. Armed with an arsenal of expertise and a strong interest in the later still life works of the Northern Renaissance painters, he began to approach his art practice with increasing virtuosity. He stretches his own canvases and frequently fashions the frames which house his works. Gordon’s still life, floral and bird paintings are opulent, almost jewel-like, and obsessively detailed. He hand grinds his own paints and utilizes Maroger Medium to increase the transparency, which allows for a sumptuous layering effect. Moreover, the artist often employs chiaroscuro to create striking tension within his compositions; this technique is exceptionally successful with pieces depicting decadent vanitas or naturalistic subject matter. Although the Dutch Masters’ influence is underpinning, the artist manages to imbue his work with an astute contemporary feeling, moments of whimsy and a lovely freshness, referencing classical and naturalistic art but instilling also a sense of timelessness.

For Karen Larson Turner, becoming an artist was the natural continuation of her favorite childhood pastime. Her earliest memories include hours spent on the floor with a sketchbook, producing countless drawings from her imagination. Later, she discovered the joy of drawing and painting from life.
A summer resident of Martha’s Vineyard, the island’s historic Victorian architecture inspired Karen’s first plein-air paintings, and by the age of fourteen she was taking commissions for house portraits. She learned to work on tourist-packed sidewalks, where knowing how to talk and paint at the same time became necessary; she also learned how to paint with one hand and brace the easel with the other on particularly windy days, and how to capture shadows quickly before the light changed.
Turner graduated from Calvin College in 1991 with a Bachelor of Fine Arts. In 1992, her love for the craftsmanship of traditional oil painting inspired her to further study at the School of Representational Art in Chicago, Illinois. Modeled after the 19th century Atelier system, SORA provides mentorship of three master painters for students embarking upon rigorous study of classical technique. Turner completed four years of study with the school, honing a mastery of anatomy, the figure, portraiture, and the still life.
After completing the program, Turner set to work as a full-time painter, exhibiting in a variety of galleries and accepting private commissions. Karen’s favorite approach to painting is to express ideas through metaphor and allegory. Still life work appeals to Karen’s love for detail through thin, painstaking layers of paint that reveal the reflective surface of silver or the ripeness of a peeled lemon. In contrast, landscape work brings a freedom and spontaneity to her brush as she seeks to capture the effects of light and shadow in thick painterly strokes. 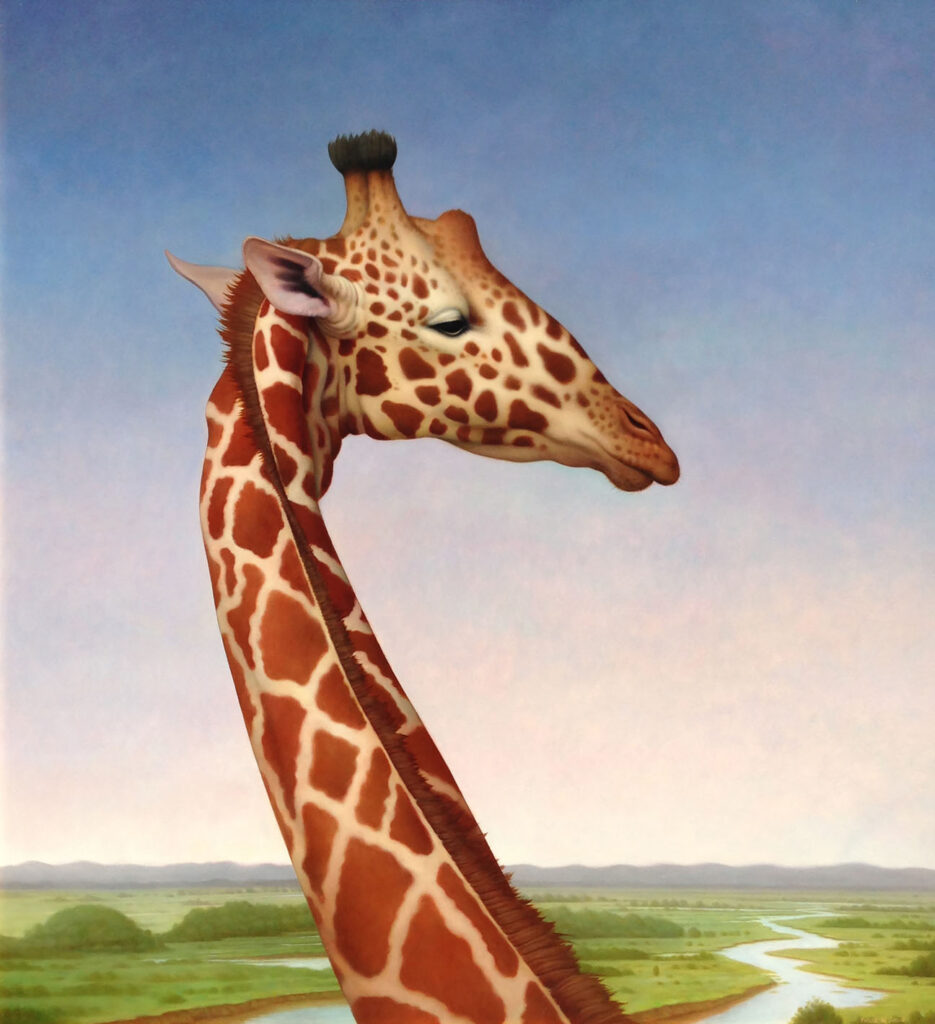 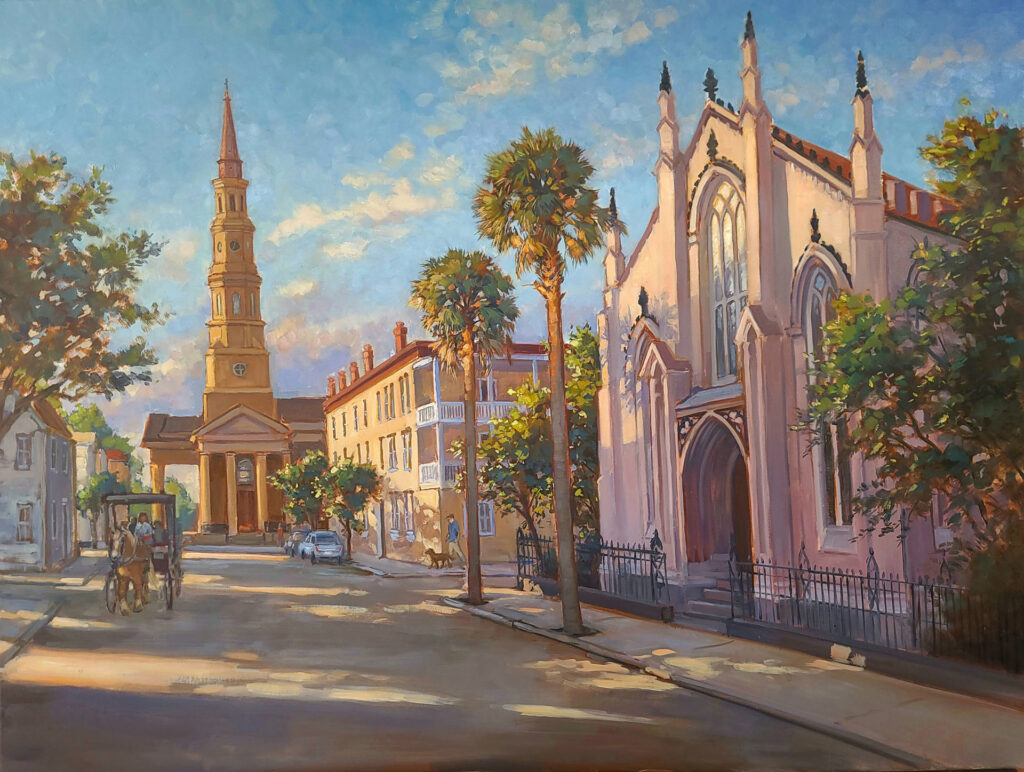 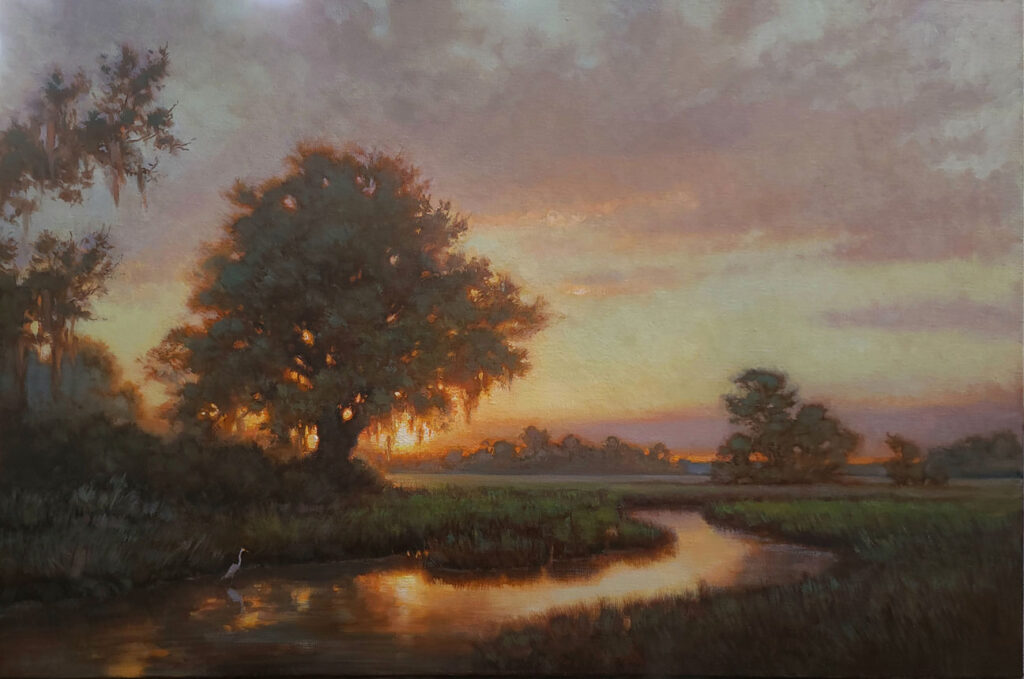 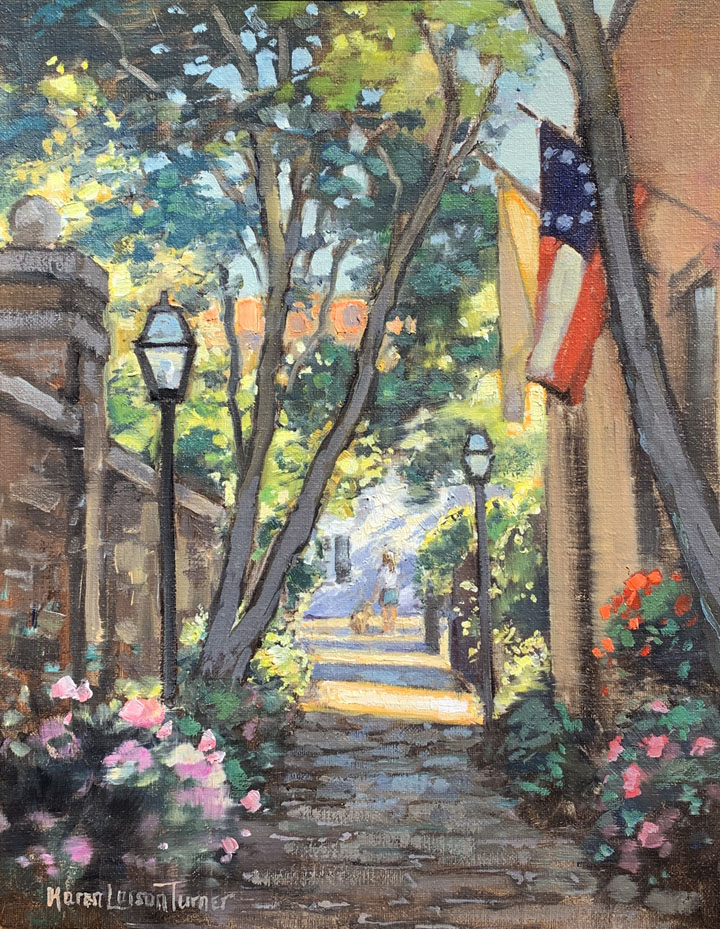 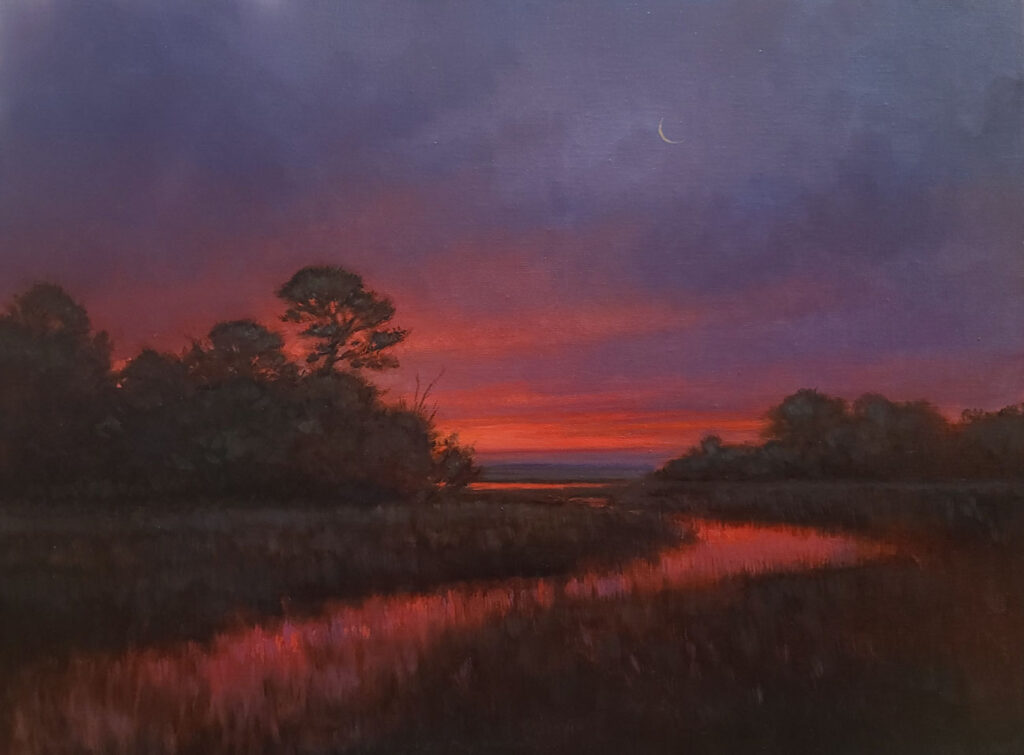 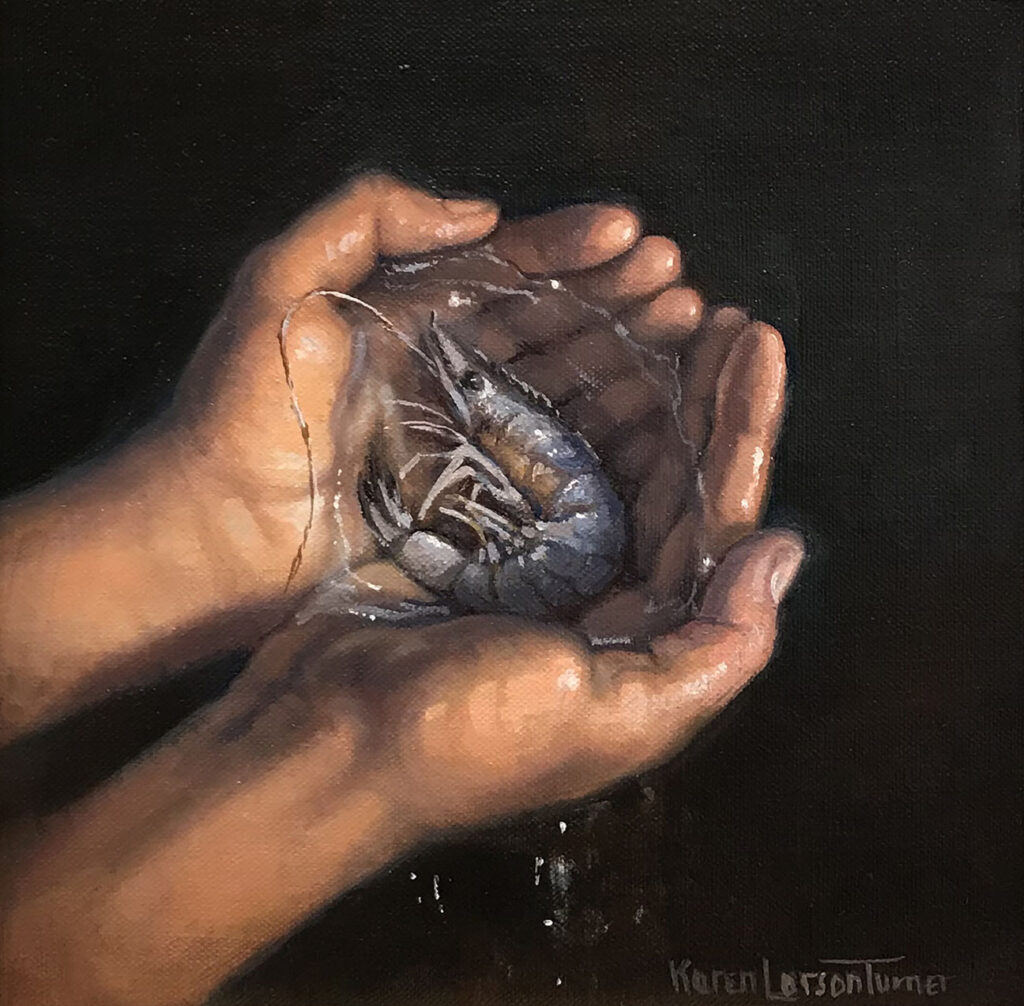 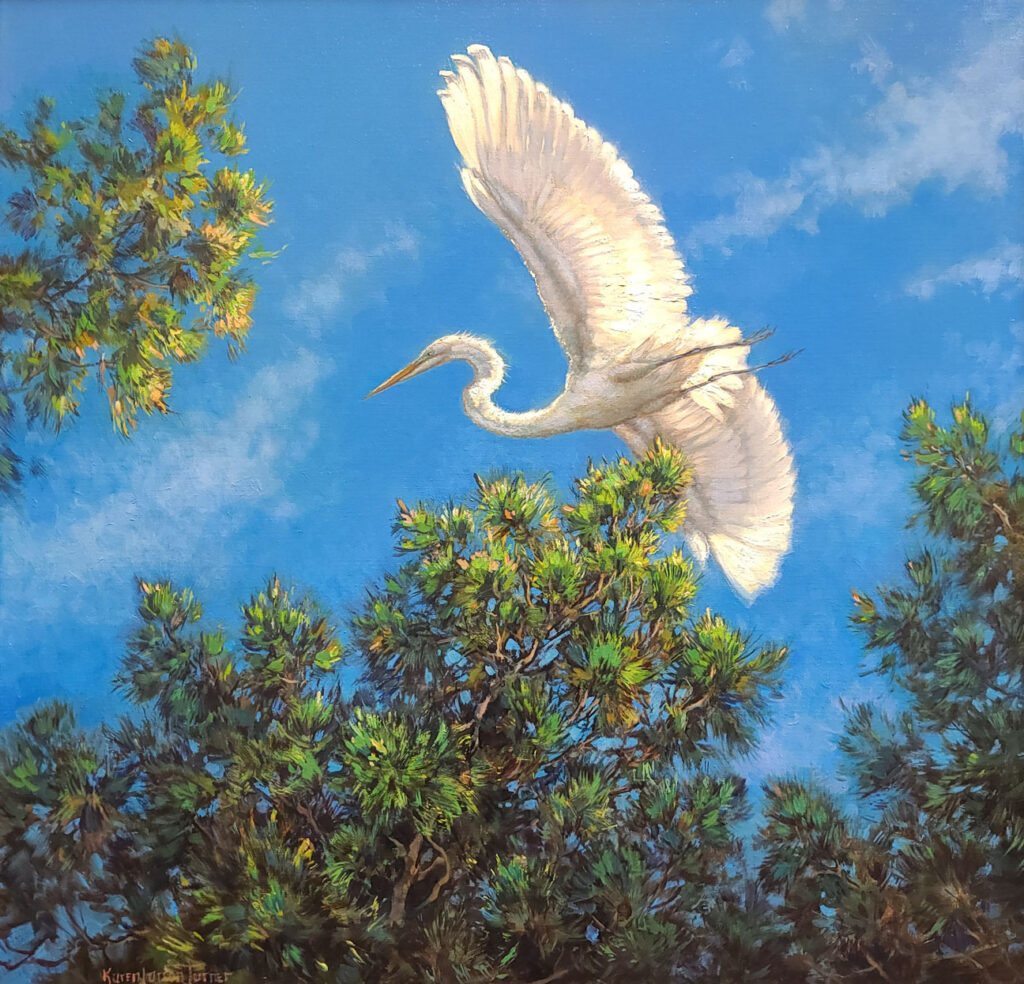 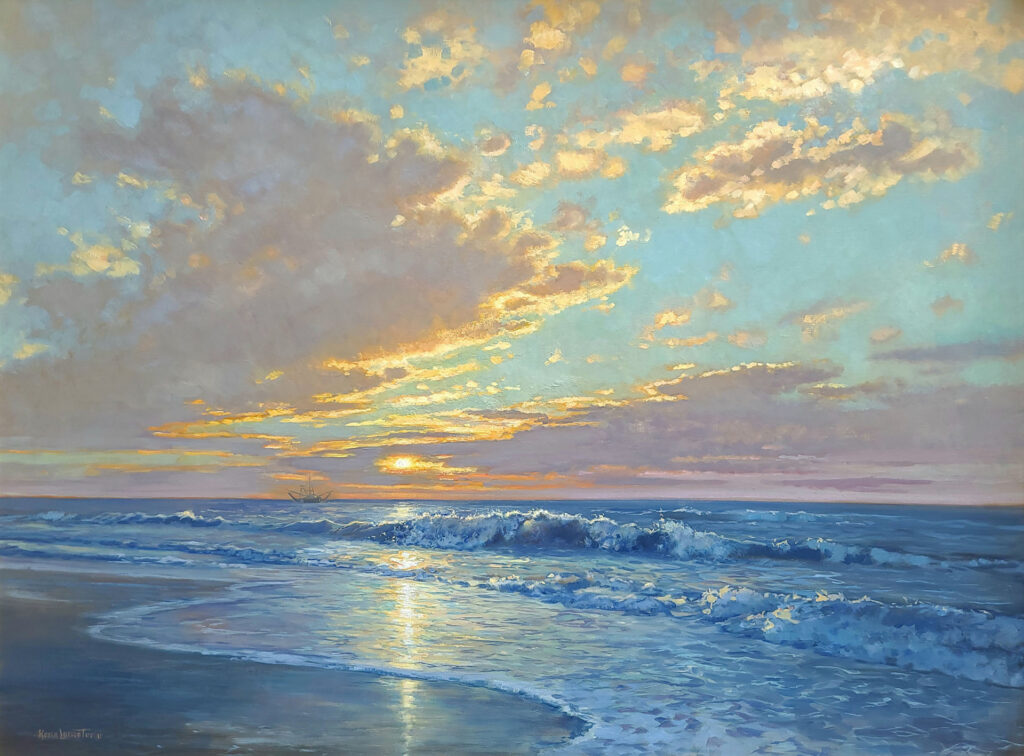 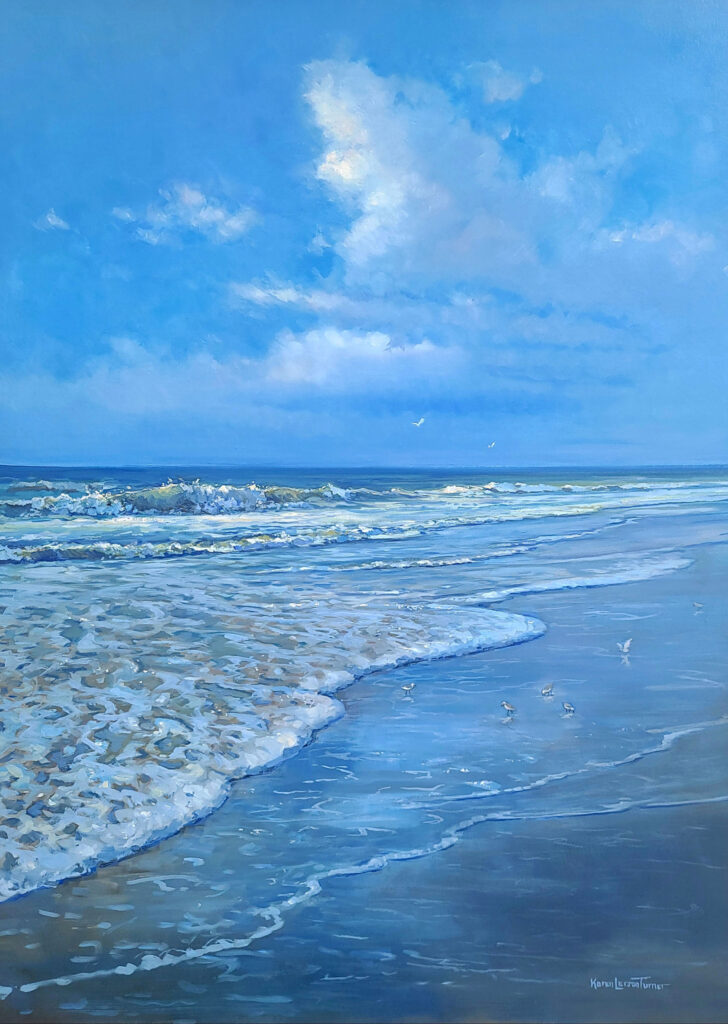 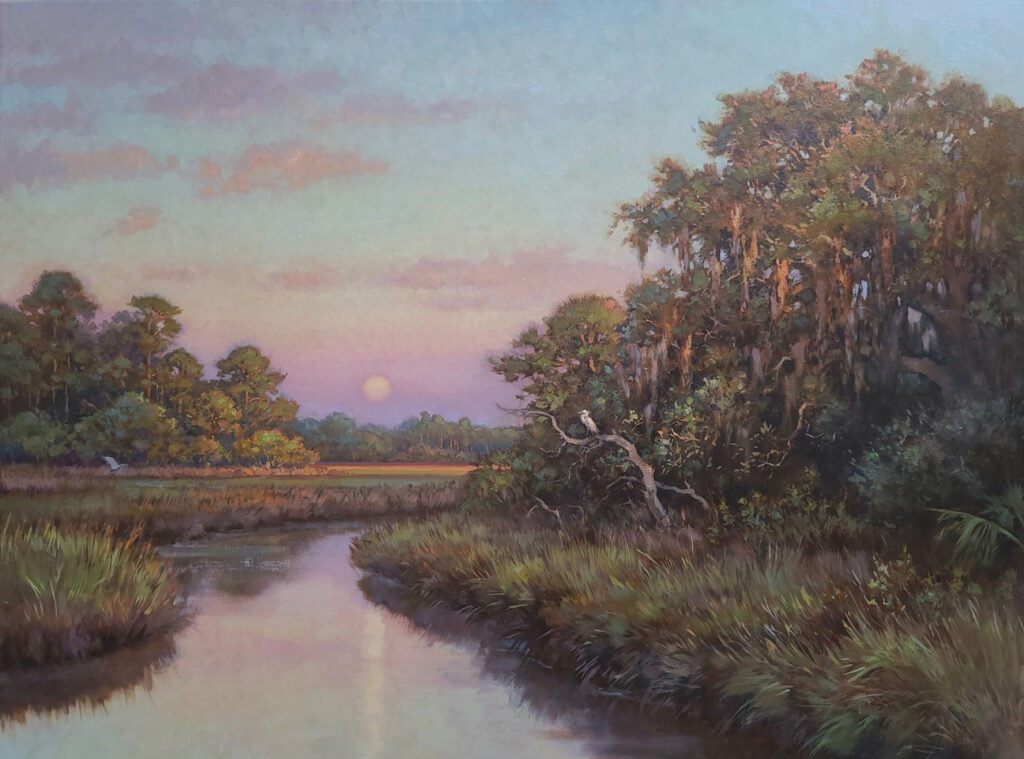 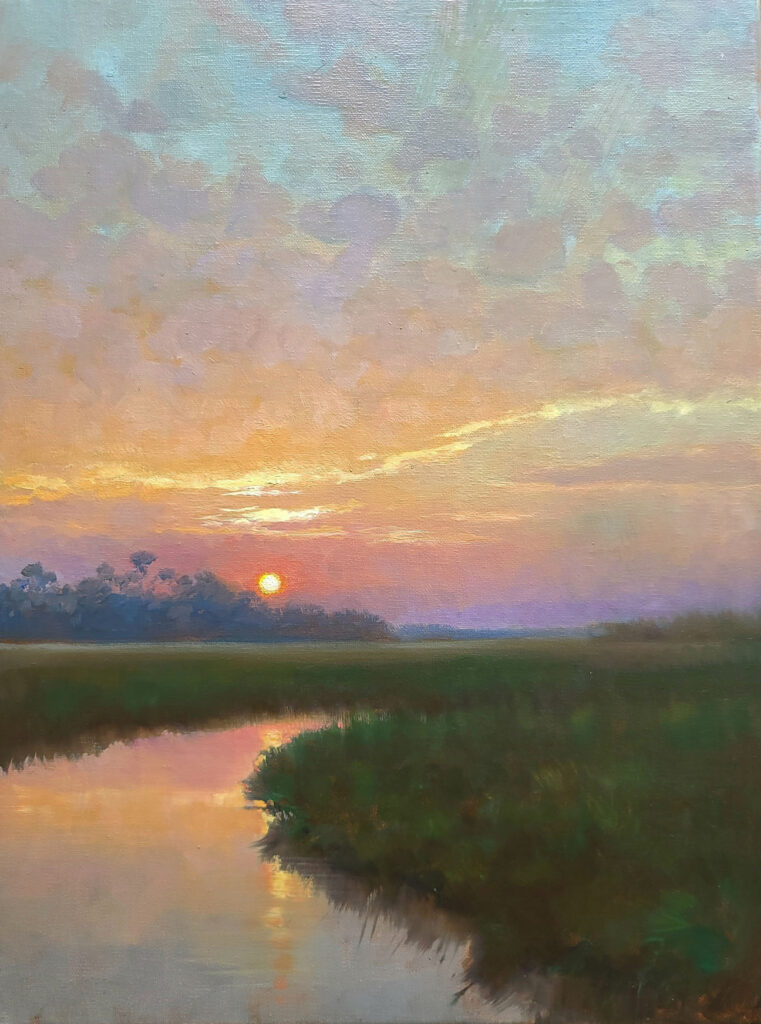 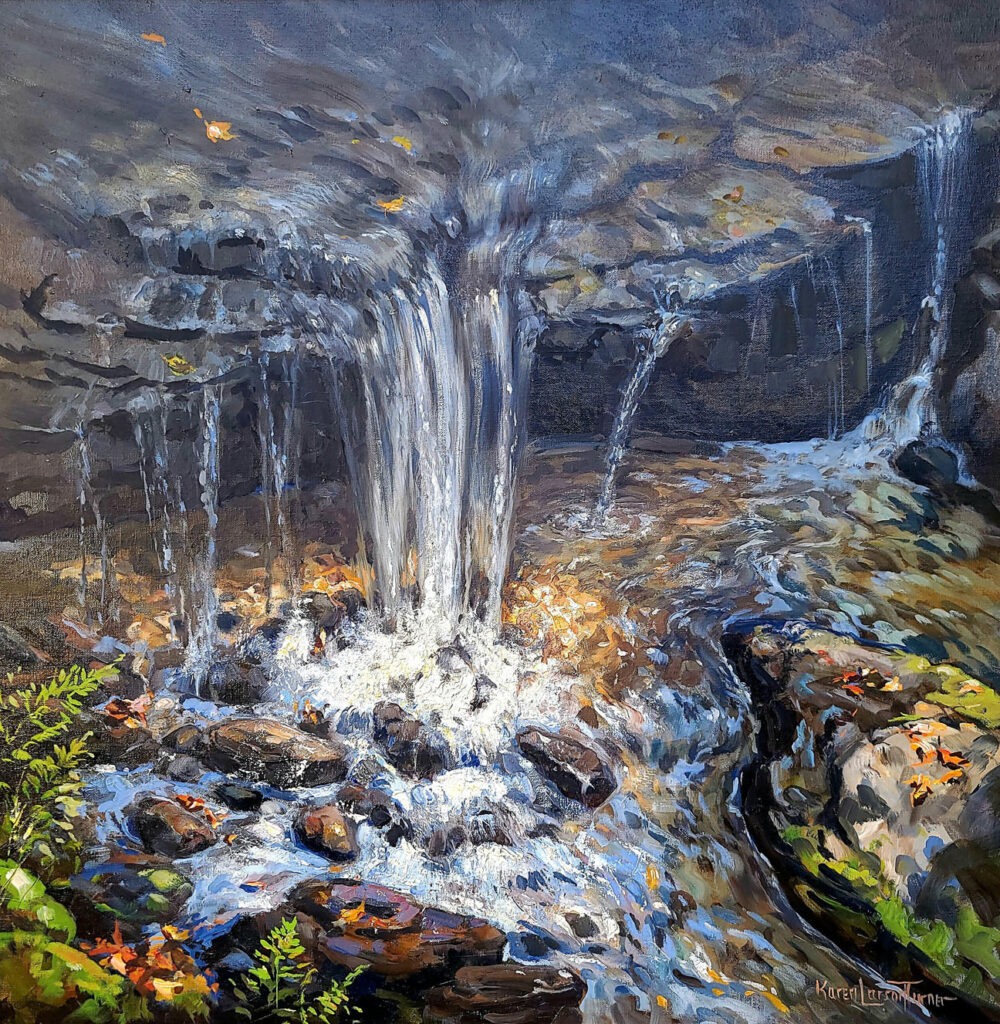 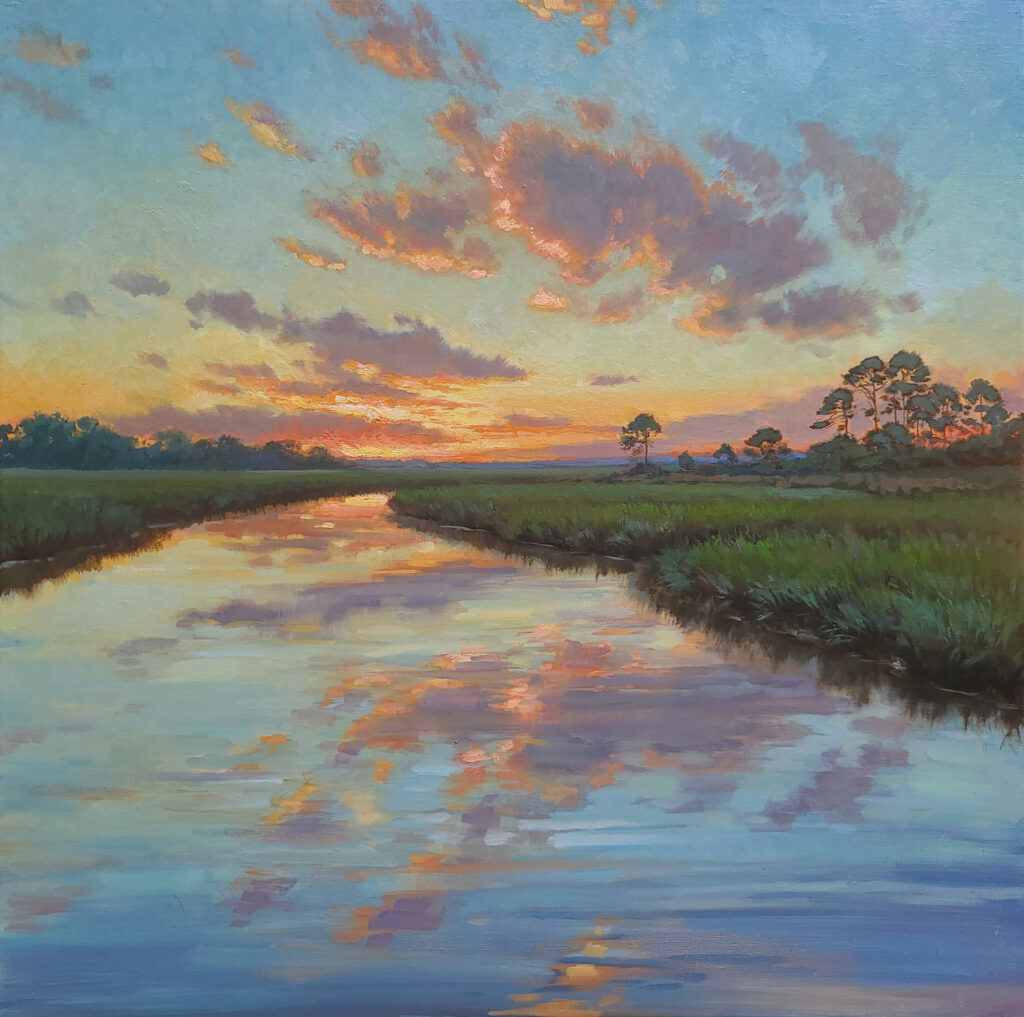 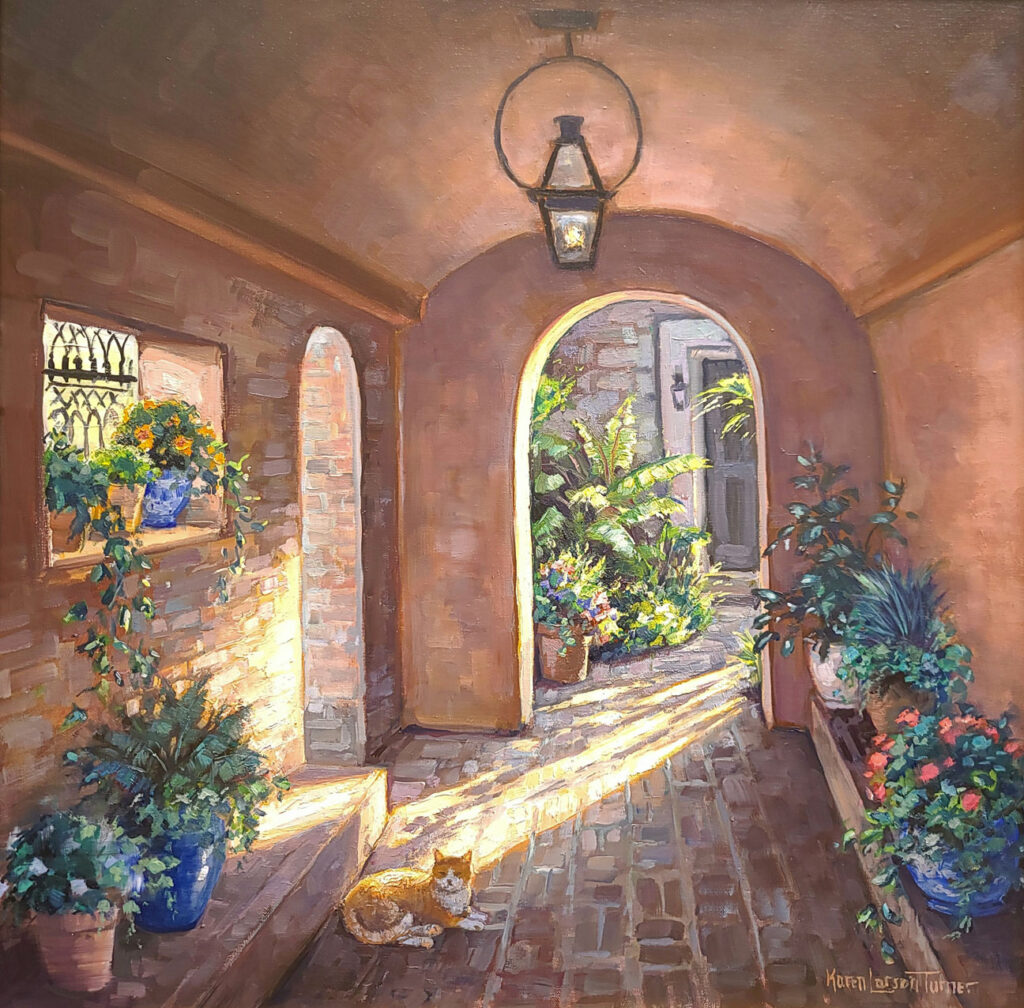 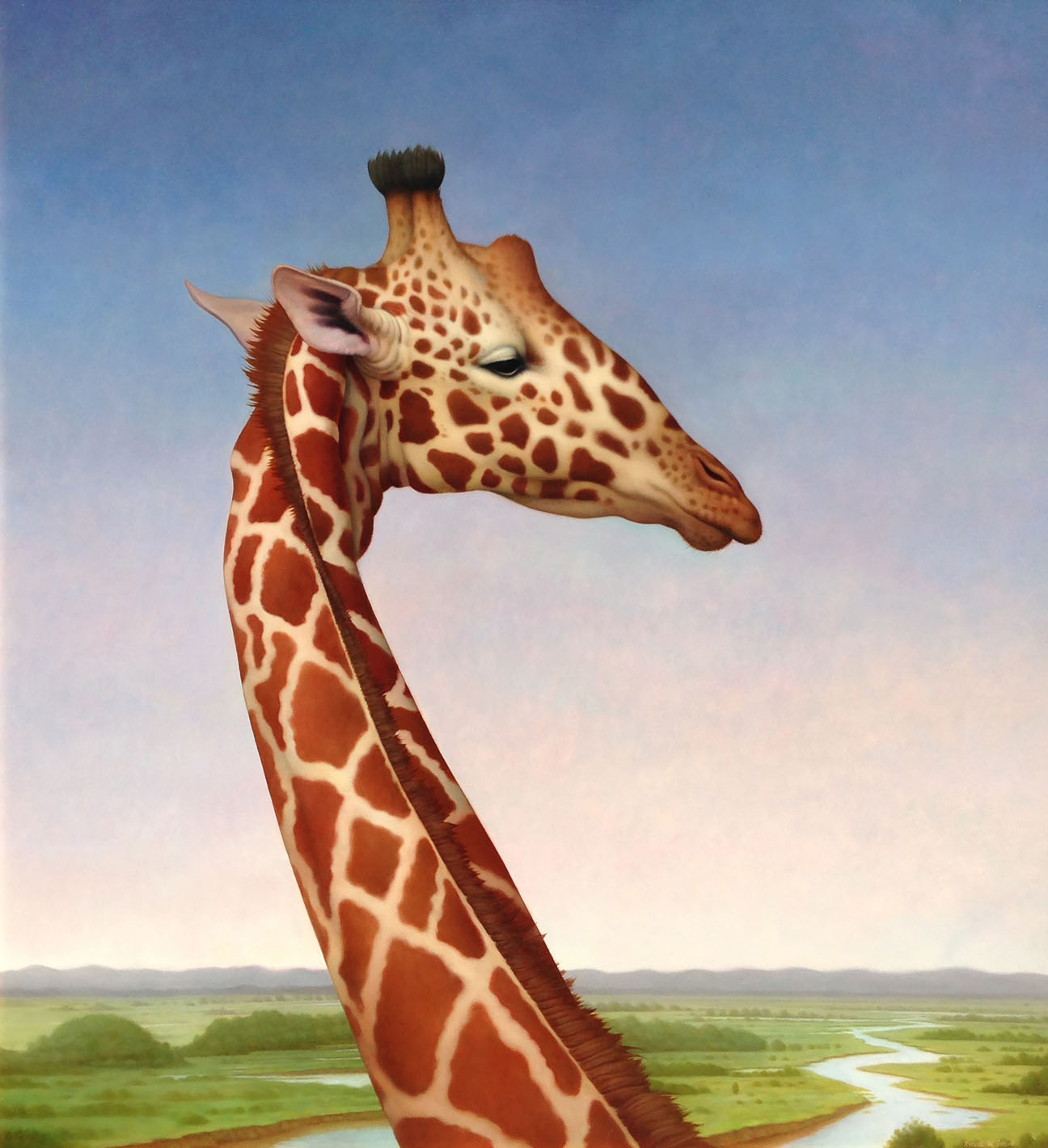