John Stobart was born in 1929 in Leicester, England. As a young student, Stobart struggled with conventional schooling but was creatively inclined and eventually enrolled in school at the prestigious Derby College of Art, and alter received a scholarship to London’s acclaimed Royal Academy Schools. After graduating, Stobart embarked on a voyage to South Africa to visit his father, and stumbled across a novel idea. He created detailed sketches of the vessels and the twelve exotic ports that the passenger-cargo vessel pulled into, and after borrowing the plans for the new vessels being built, he created detailed and realistic portrayals of these vessels at the various ports and reached out to the owners of the vessels. Within two years, his paintings of ships in foreign ports were decorating some fifteen shipping company boardrooms in London. 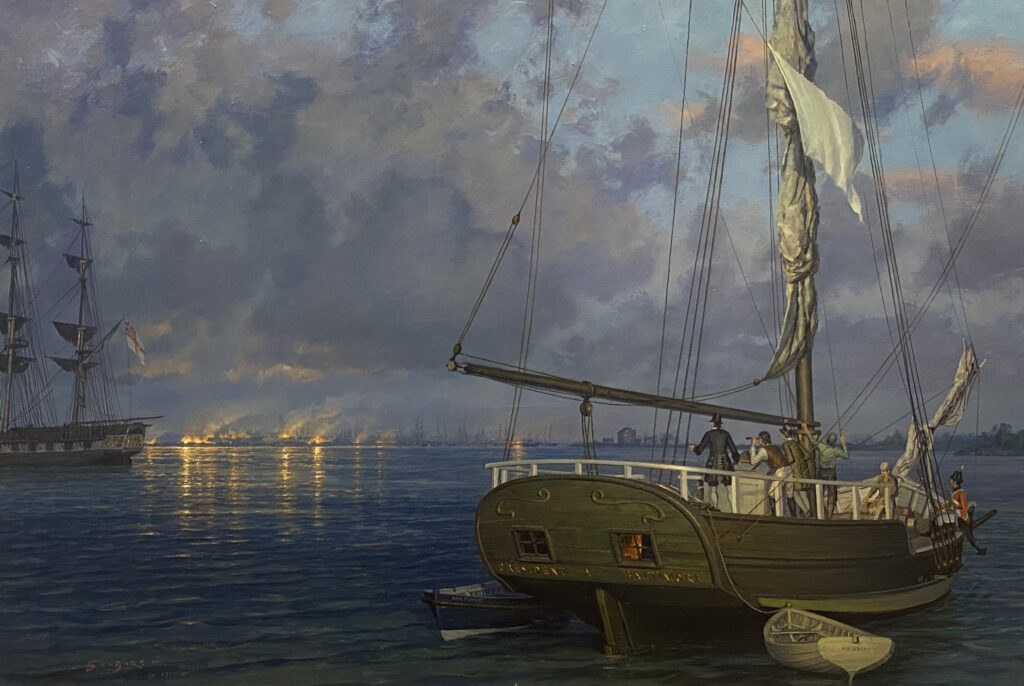 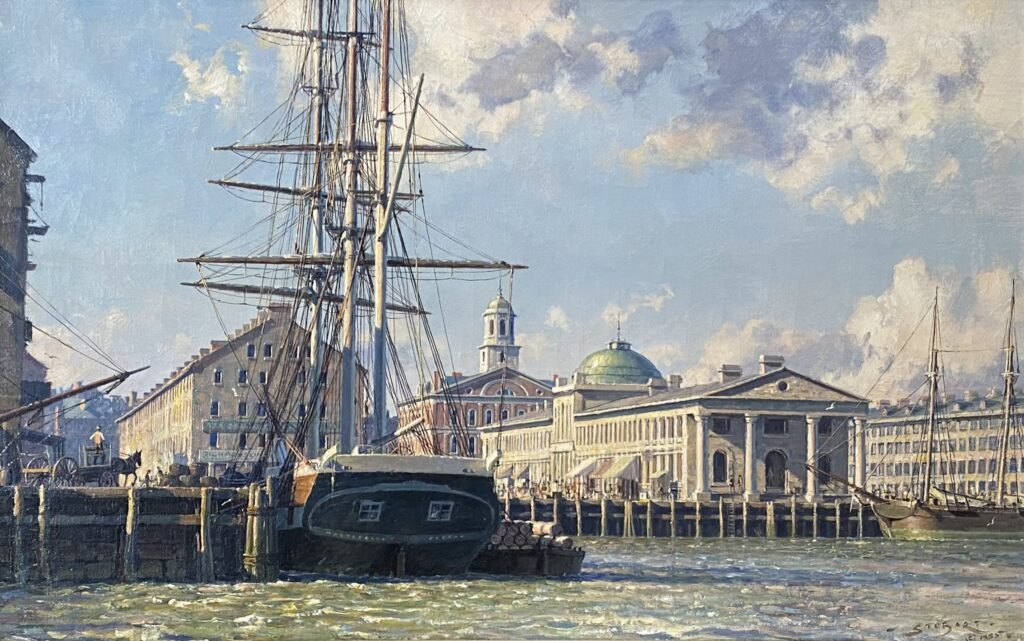 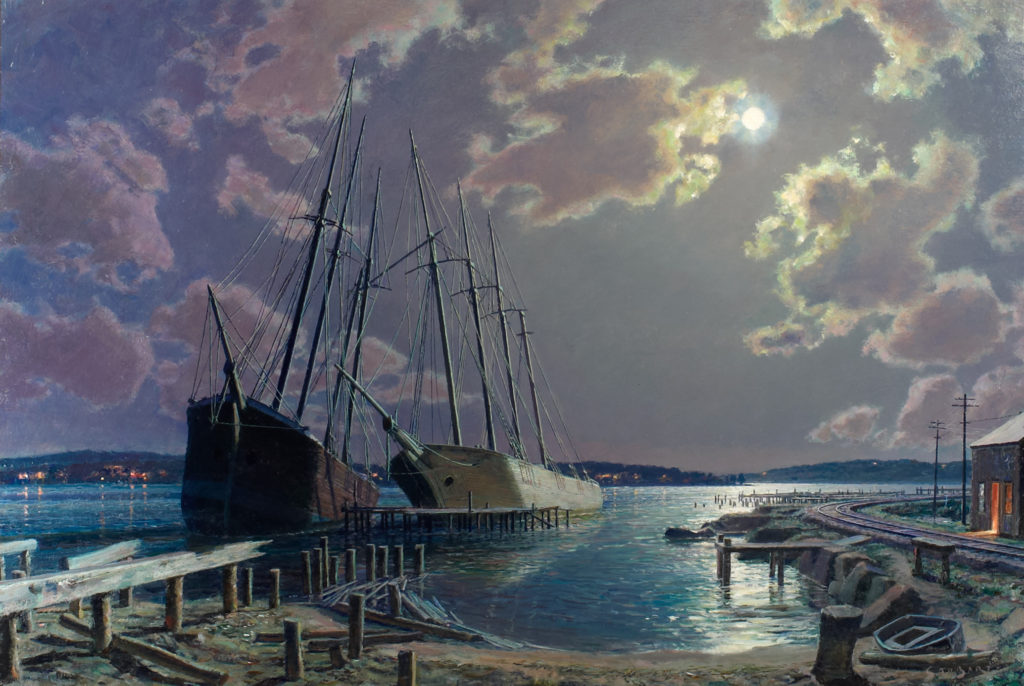 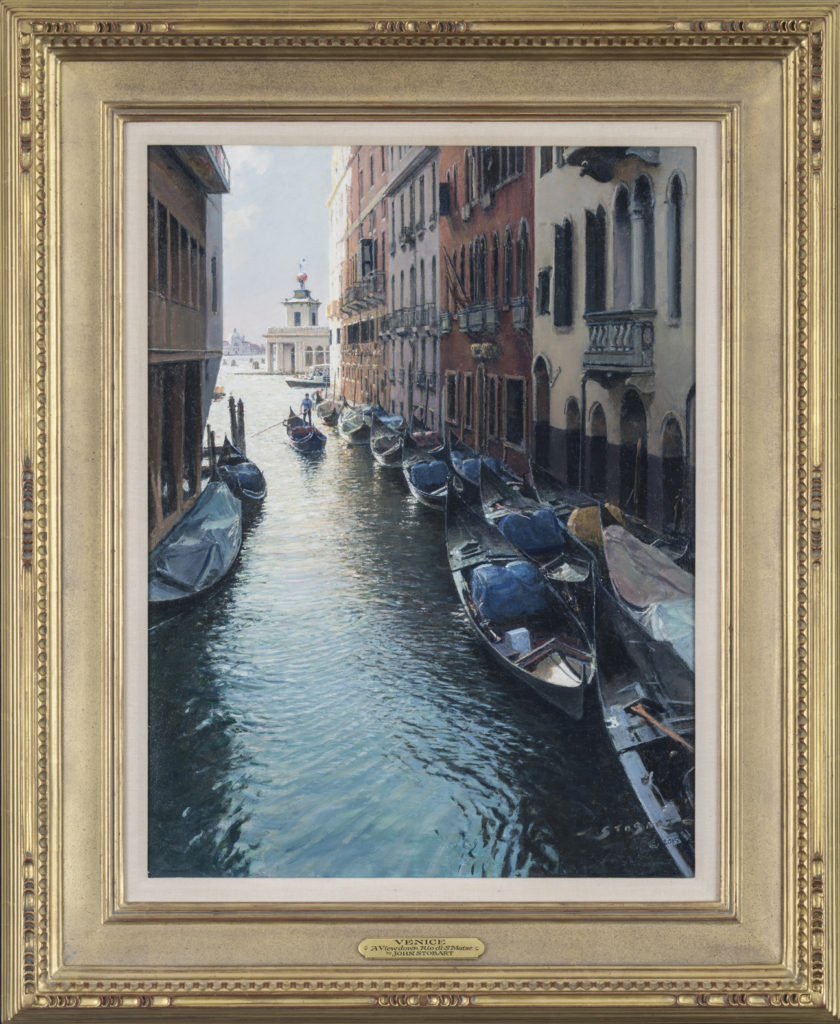 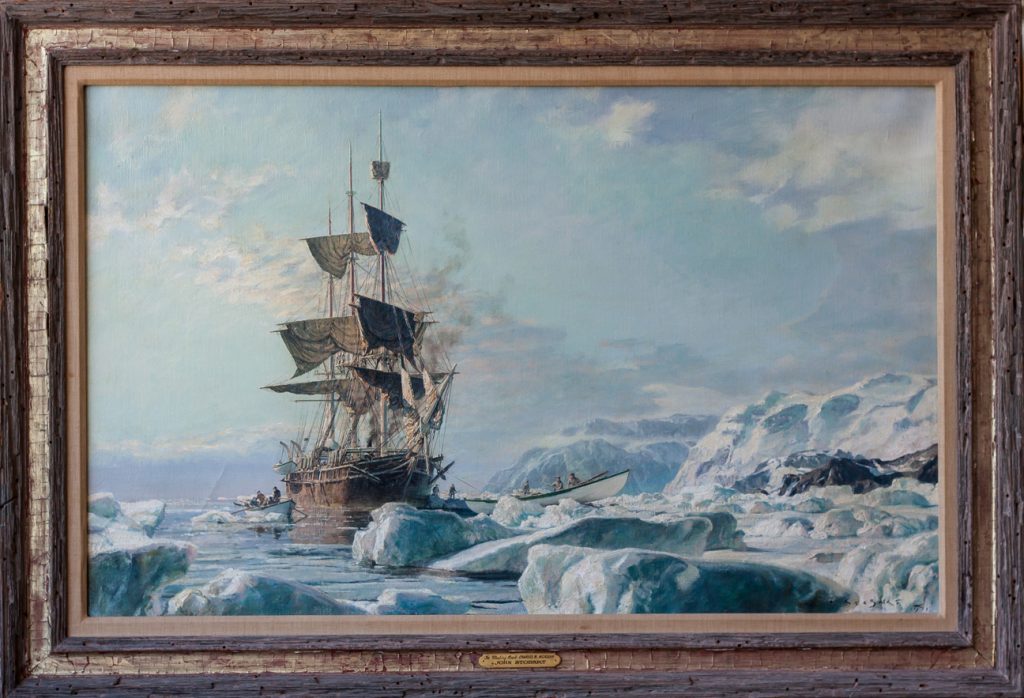 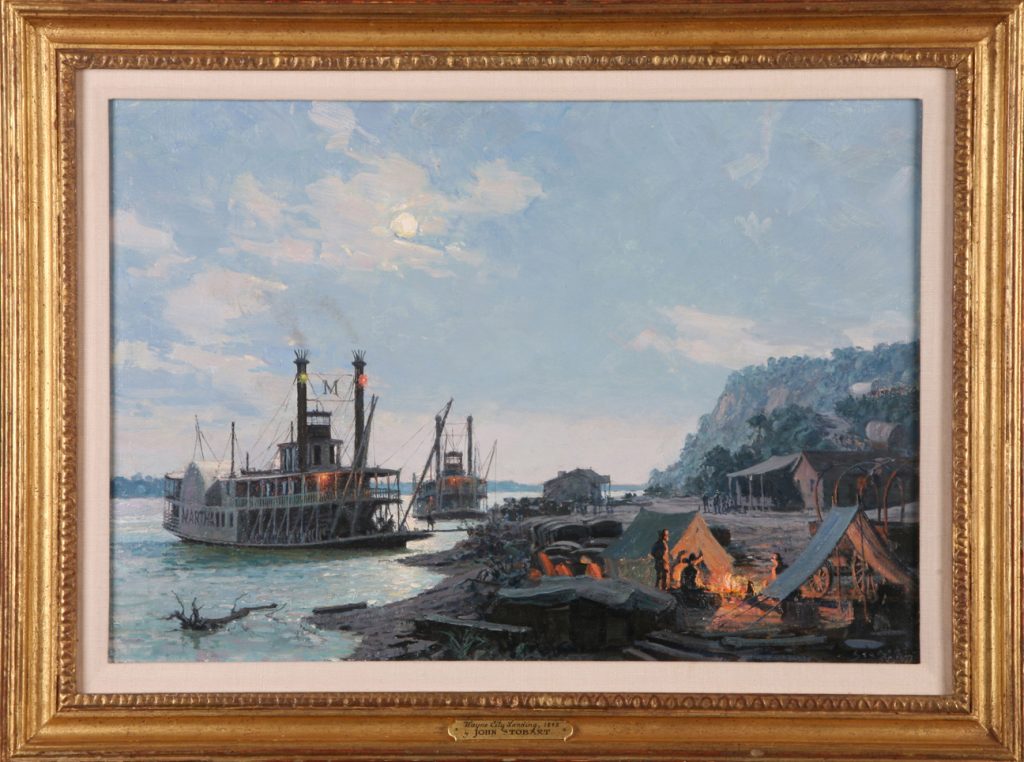 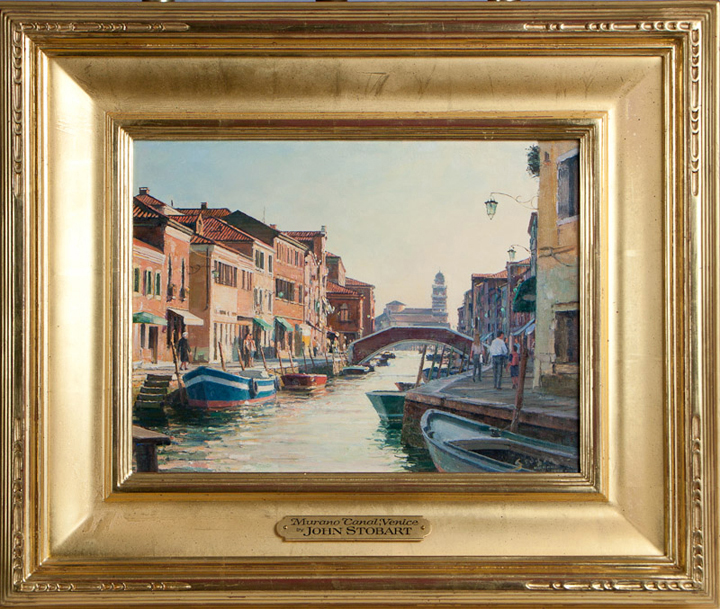 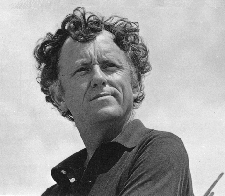