Born in 1946 in Aurora, Illinois, David Hettinger began drawing around the age of 8. His subjects were TV and movie cowboys. At the age of 13, Mike Spencer, a local artist who ran the barbershop across from Hettinger’s middle school, gave him a set of oil paints.

His formal art training began at the American Academy of Art in Chicago under Joseph vanden Brouck. Under Mr. Wan, as he was called, Hettinger learned classical realism and the techniques of the Flemish, Dutch, and Spanish Masters. After four years at the academy, Hettinger moved to New York City where he studied with David Leffel and Richard Schmid. During his two years in Leffel’s studio he painted still-lifes and figures, always working from live models. He learned the importance of working from life from Schmid and Leffel and to this day attends life drawing sketch groups twice a week to keep his drawing skills fine-tuned. 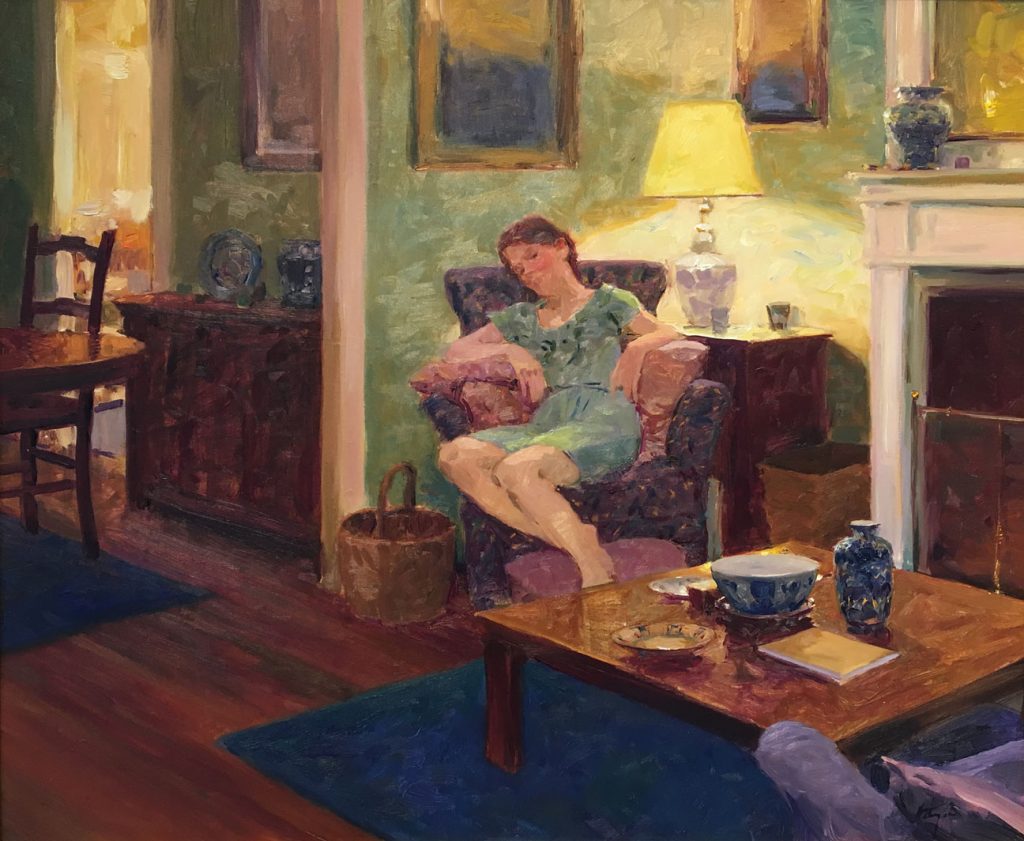